We have already reported that FAU-G’s game content is likely to have less action, violence than PUBG Mobile India.

New Delhi: Even as millions are waiting for the re-entry of PUBG mobile game in India, its desi rival FAU-G too seems to have pushed its launch date till next year.

Meanwhile, we had previously reported that FAU-G’s game content is likely to have less action, violence than PUBG Mobile India. The reason one can infer so is because of FAUG’s Google Play store rating. The content rating of FAU-G which was earlier 16 plus, has now been changed to Teen.

Play store rating usually mirrors the content’s maturity level, although it is not necessarily the testament to the actual content. A rating of more than 16, means that the content has violence, blood and gore. Hence a reduced rating means that the game could be low on violence now. 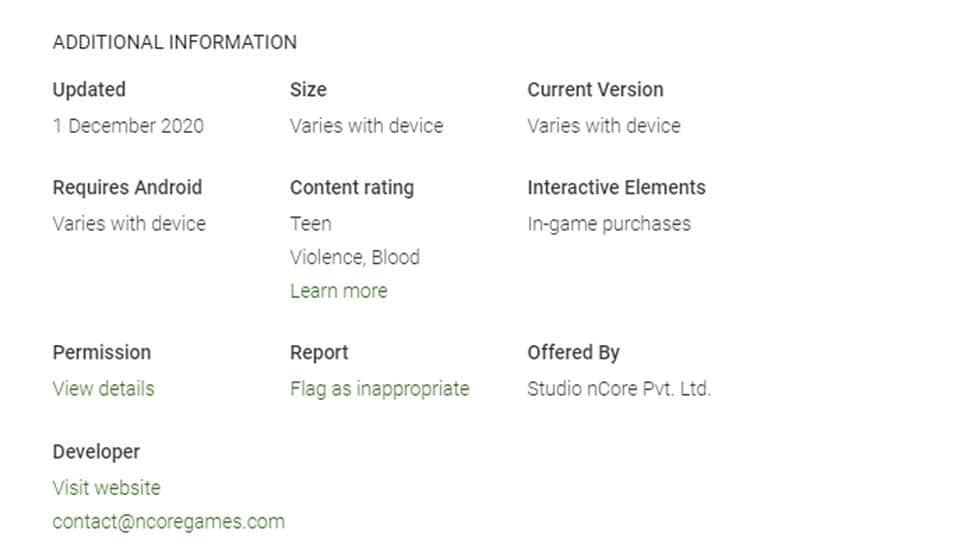 Meanwhile, FAU-G has got bumper response from Indian gamers, which is evident from the fact that it got over 1 million pre-registration within just 24 hours of opening for pre-registration. 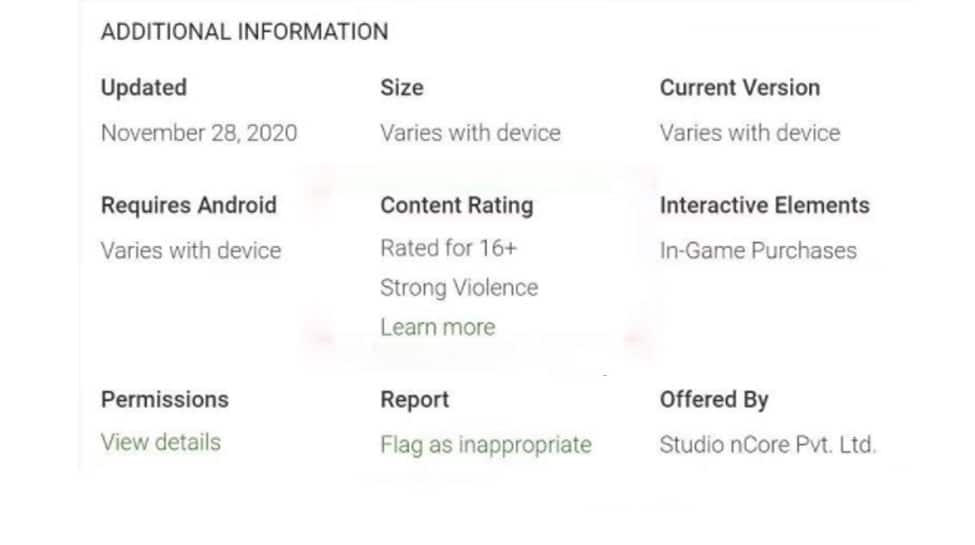 Also read: When can you expect APK Download links of PUBG

How to pre-register for FAU-G?

FAU-G has already started pre-registration in Google Play Store. To pre-register yourself, just head to google store and do it.

Once the users goes in for pre-registration, he or she will be notified whenever the game is available for download. The APK Download will also be possible once the game is officially launched.