Twitter Spaces to debut on web browsers to take on Clubhouse

Twitter Spaces has been launched for the web at a time when rival Clubhouse is gaining popularity after its debut on Android. 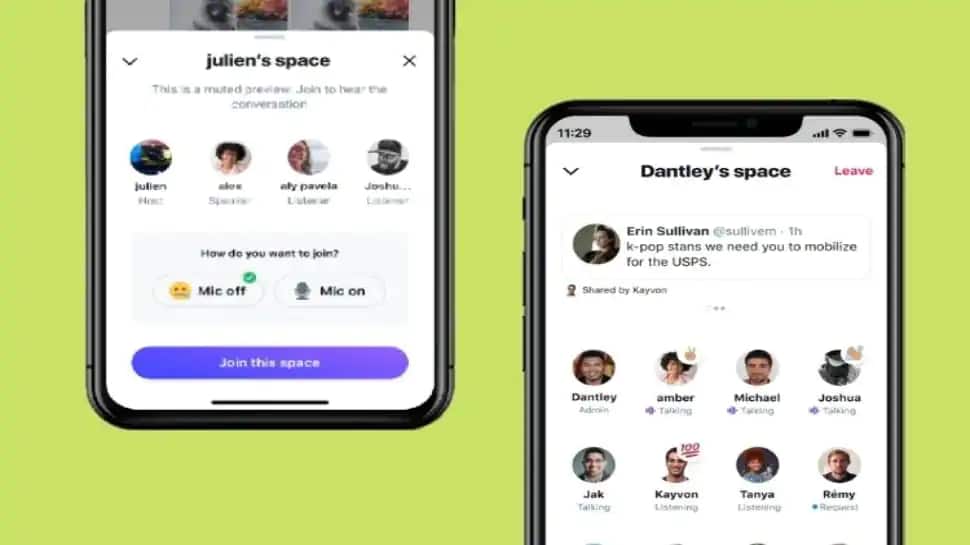 In a bid to expand the offering of its audio rooms feature, Twitter is now officially launching Twitter Spaces on web browsers. Using the feature, one can join Spaces to listen to the hosts on supported web browsers.

In its official tweet, Twitter said, “Spaces are making their way to Twitter for web! Now you can join a Space to listen in, test out the new transcription design, and set reminders to join a scheduled Space.” The microblogging platform posted the update from its official Support account.

Meanwhile, the official Spaces account on Twitter noted that the audio-only social media platform will be available on Twitter.com (mobile web, desktop web). “...our focus areas: — infrastructure and listening UI that adapts to your screen size — setting reminders for scheduled spaces — accessibility and transcriptions.”

In a tweet, Spaces shared images showcasing the preview of how the audio-only platform looks on the Twitter web. According to the images, users can easily listen to hosts on Spaces while scrolling their Twitter feed.

However, users can only join Spaces on the web version of Twitter and aren’t able to host them yet, The Verge reported. In its tweets, Twitter noted that the current version isn’t the final one, as the Spaces team will further tweak changes based on the feedback from users.

Twitter launching Spaces for the web has come at a time when rival Clubhouse is gaining popularity after its debut on Android. The app is getting impressive downloads from large Android markets such as India.