The BJP MLA was profusely bleeding when he was taken to the Osmania hospital. 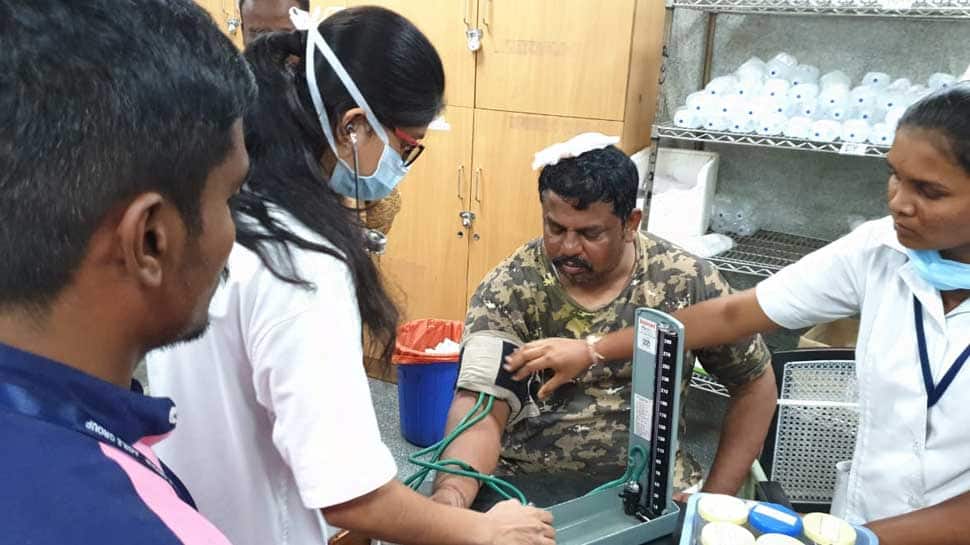 HYDERABAD: Controversial BJP legislator from Goshamahal, Raja Singh was allegedly thrashed by some policemen during an event to replace the statue of a freedom fighter in the Hyderabad city late on Wednesday.

According to reports, Singh and his supporters were attempting to replace the old statue of Rani Avanti Bai Lodh, who was the first freedom fighter from the city to have participated in the 1857 revolution.

The statue, which was previously established at the Jumeerat Bazar in 2009, was changed twice in the past because of some damages caused to it.

Singh and his aides wanted to replace the statue during the event but they were resisted by some local policemen.

When the BJP MLA and his supporters refused to comply with the orders, the police resorted to lathi-charge in which Singh was injured.

One of Singh's aide alleged that the BJP MLA was beaten up by ACP Goshamahal, ACP Asif Nagar (Narasimha Reddy) and Sub-Inspectors Shahinayath Gunj Gurumurthy and Ravi Kumar.

Raja Singh sustained injuries in his head and was immediately rushed to the Osmania Hospital for treatment.

The BJP MLA was profusely bleeding when he was taken to the hospital. 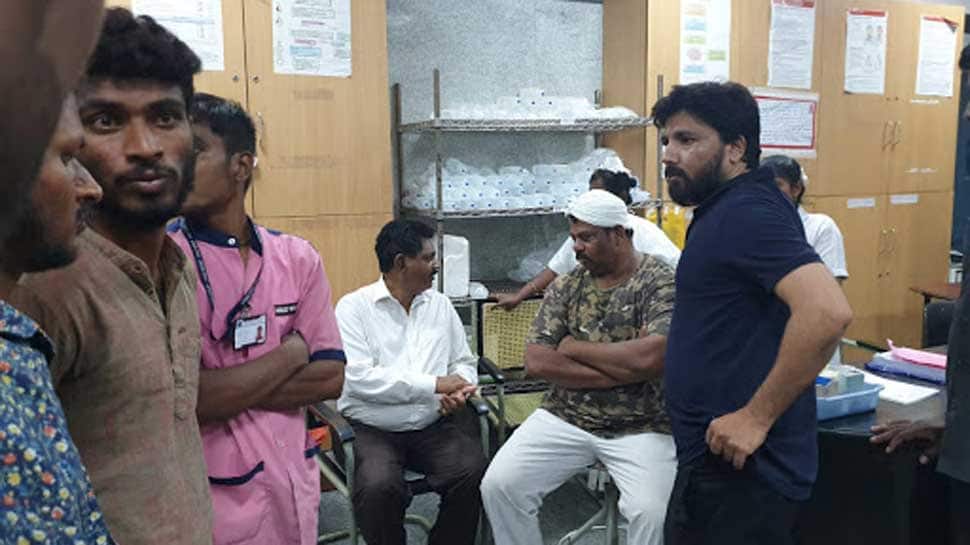 In its report, the hospital also confirmed that the BJP MLA had sustained head injuries. 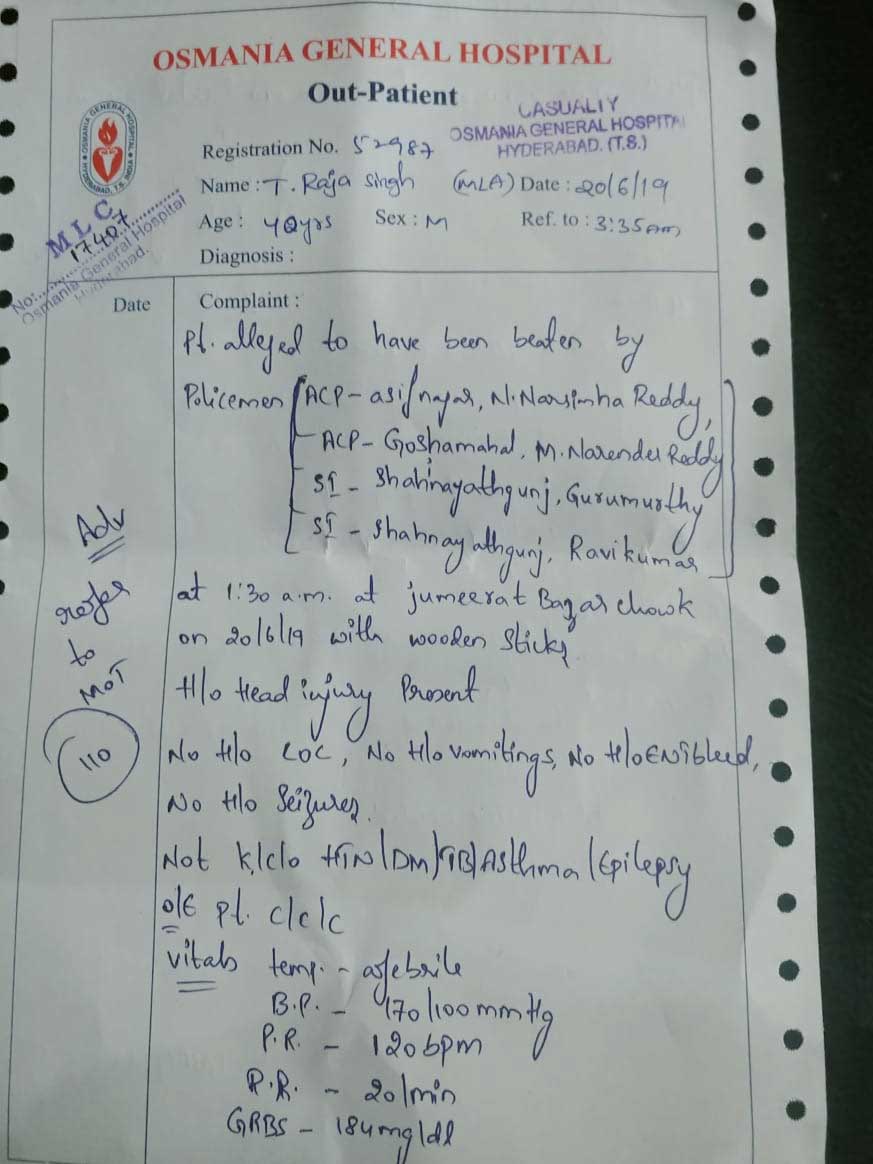 He was allegedly beaten up by wooden sticks, it said.

Singh was discharged from the hospital early on Thursday.