On Monday, the High Court had directed that the bodies will be transported to Gandhi Medical College and will be preserved there till December 13. 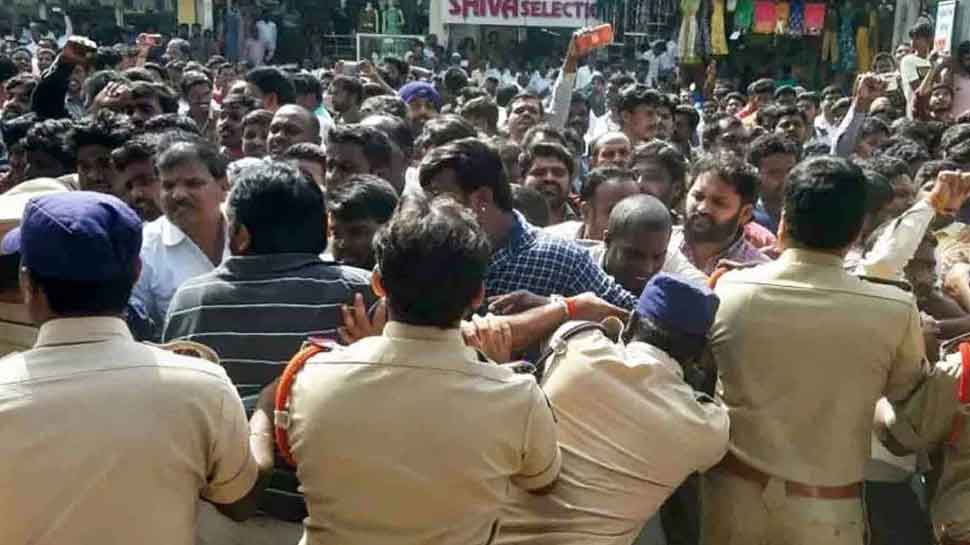 Hyderabad: The bodies of the four accused in the veterinarian rape and murder case were shifted to Gandhi Hospital from Mahabubnagar Government Medical College on Tuesday after the Telangana High Court ordered to preserve their bodies till December 13.

The four accused were killed in an encounter last week. On Monday, the High Court had directed that the bodies will be transported to Gandhi Medical College and will be preserved there till December 13 and scheduled the matter for further hearing on December 12.

The case was adjourned as the Supreme Court will on December 11 hear a plea seeking action against police personnel involved in the encounter.

The petitioner has sought registration of an FIR, investigation and action against police personnel who were involved in the encounter.

The accused -- Mohammed Arif, Naveen, Shiva, and Chennakeshavulu -- were killed in the police encounter at Chatanpally, Shadnagar on the morning of December 6.

On Sunday, a complaint was filed against Cyberabad Police alleging that the four suspects were killed in a fake encounter.

The Telangana government has constituted a Special Investigation Team (SIT) to investigate the police encounter against the four accused.

The veterinarian was gang-raped and killed by the accused before they burnt her body in Telangana`s Shamshabad on November 27.

Her charred body was recovered on November 28.