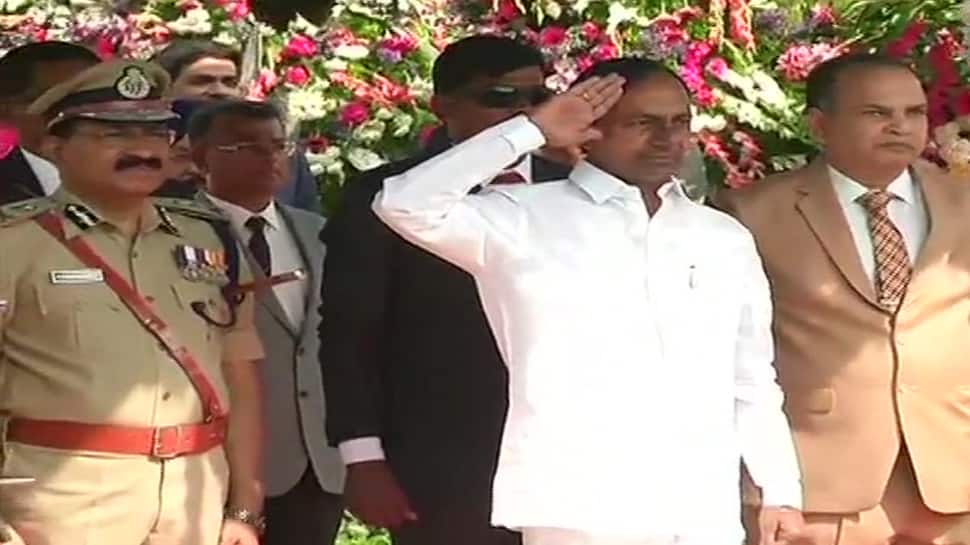 Greetings and good wishes to the people of Telangana on statehood day. My best wishes to all the residents of the state for a bright and prosperous future #PresidentKovind

The PM too wished for the prosperity of Telangana and Andhra Pradesh. "On Telangana's Statehood Day, my best wishes to the people of this wonderful state. Telangana is known for its hardworking citizens who are making great contributions to our nation’s development. I pray for the progress of Telangana. Greetings to my sisters and brothers of Andhra Pradesh. From science to sports, education to enterprise, AP’s contribution is immense. May the state prosper in the coming years", the Prime Minister said.

Joining in the celebrations, Telangana Chief Minister K Chandrasekhar Rao upon the people of the state to join hands with the government in putting an end to corruption and to establish highest standards in transparent administration. After unfurling the national flag as part of the celebrations, he said: "I request large-scale people's participation for successful implementation of the new Panchayati Raj, new Municipal and new Revenue Acts. People for their day-to-day requirements do have a connection with these three departments. If all of us together can drive away corruption from these three departments with firm determination then we will be able to infuse confidence and respect among people on administrative systems and institutions."

He further said in the context and background of rapid urbanisation, the government is also contemplating enacting a new Municipal Act, which stipulated stringent regulations to ensure cities and towns were not expanded haphazardly and irrationally. With the changing times and situations, institutions and acts should also be changed, failing which the society would lag far behind in battling change, Rao was quoted as saying by news agency PTI.