Soundararajan, a Bharatiya Janata Party leader from Tamil Nadu, is the second Governor of Telangana. 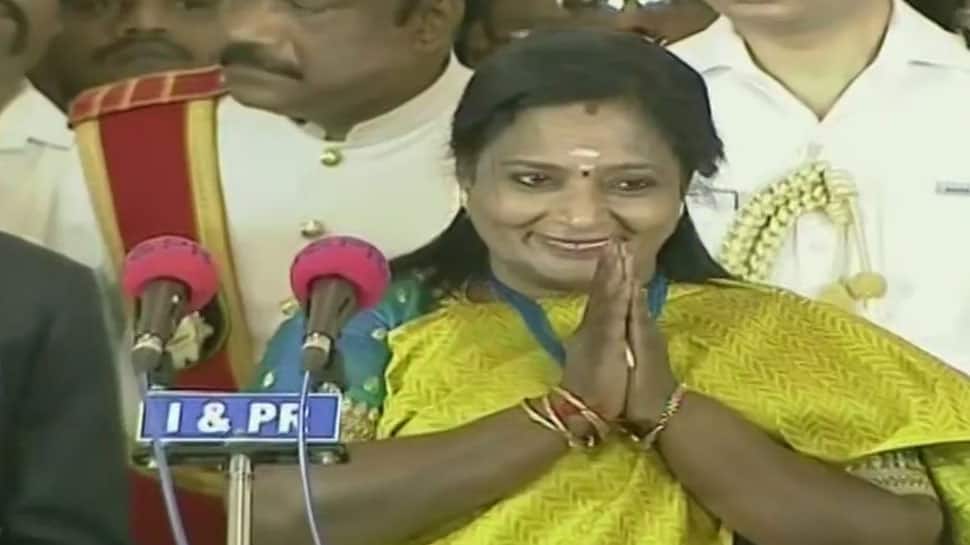 Hyderabad: Tamilisai Soundararajan on Sunday took oath as the new Governor of Telangana. Telangana High Court Chief Justice RS Chauhan administered the oath of office to Soundararajan at a ceremony held at the Raj Bhavan.

Telangana: Tamilisai Soundararajan was sworn-in as the Governor of the state, in Hyderabad today. pic.twitter.com/uibWIYpMAQ

Soundararajan, a Bharatiya Janata Party leader from Tamil Nadu, is the second Governor of Telangana.

Narasimhan was serving as Governor of only Telangana after the appointment of a full-time Governor for Andhra Pradesh in July.

On Sunday evening at 4 PM at the Raj Bhavan, Soundararajan will administer the oath to new Cabinet Ministers as Chandrashekhar Rao has decided to expand his Cabinet.

Earlier, the Chief Minister, his cabinet colleagues and senior officials welcomed Soundararajan on her arrival from Chennai. She received the Guard of Honour from a police contingent.