Telangana rape and murder: Victim's father wants culprits to be hanged in 2 months

The victim's family has requested Prime Minister Narendra Modi to implement strict laws to deal with heinous crimes such as rape and murder. 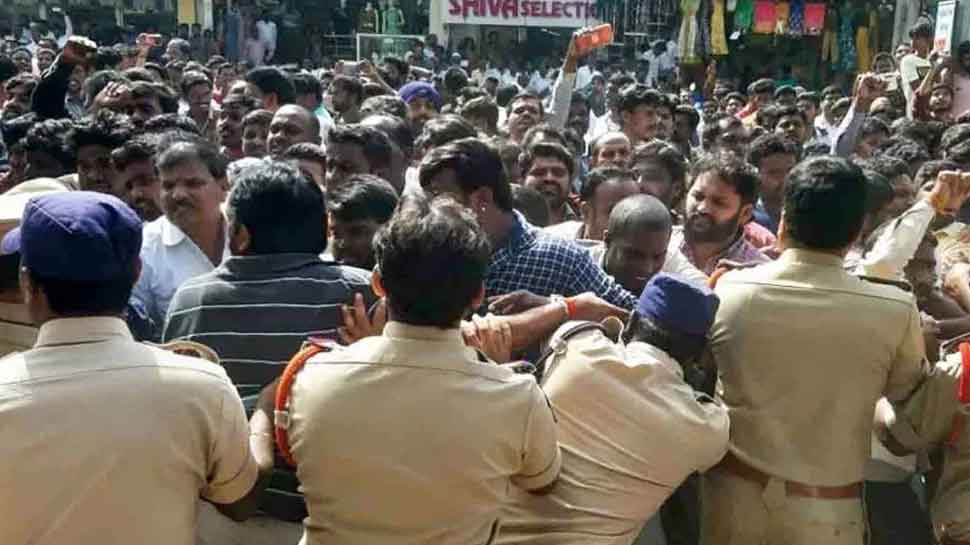 Narrating the horrific incident, he said, "She had gone to her doctor and parked the Scooty near a lorry. When she returned, she found that her Scooty`s tire was deflated." "Some drunk lorry drivers came and offered to help her, saying that she will find it difficult to fix it. She trusted them and they raped and burnt her," he said.

The victim`s father said that she had called her family while she was waiting for her vehicle to be fixed. "We thought she would be late. But, after an hour or so, we took a car and searched around the place but could not find her. After this, I immediately went to the police station," he added.

Requesting Prime Minister Narendra Modi to implement strict laws to deal with heinous crimes, he said that laws have been made but these are not being implemented properly.

"Take Nirbhaya`s case for example. The culprits must be hanged till death. If the law is not implemented, then more people will commit such crimes. The police should organise awareness and self-defence programmes for girls," he said.

Slamming the Telangana government for its lack of sympathy for his family, the victim's father said, ''After keeping silence on the issue for many days, the Telangana Chief Minister ordered for set up of fast track court for this case.''

''I don't know why he didn't meet us in person and assure us. He should think,'' says the aggrieved father.

The woman veterinarian was allegedly gang-raped and killed by four persons before they burnt her body in the outskirts of Shadnagar town in Telangana`s Ranga Reddy district on the intervening night of November 27.

Police on November 29 arrested the four accused involved in the alleged rape and murder case.