'A Married Woman': Ridhi Dogra honoured to be part of 'relevant' web series

Based on Manju Kapur's book, "A Married Woman" captures the philosophy behind a love story that rose over a time of political unrest in 1992. 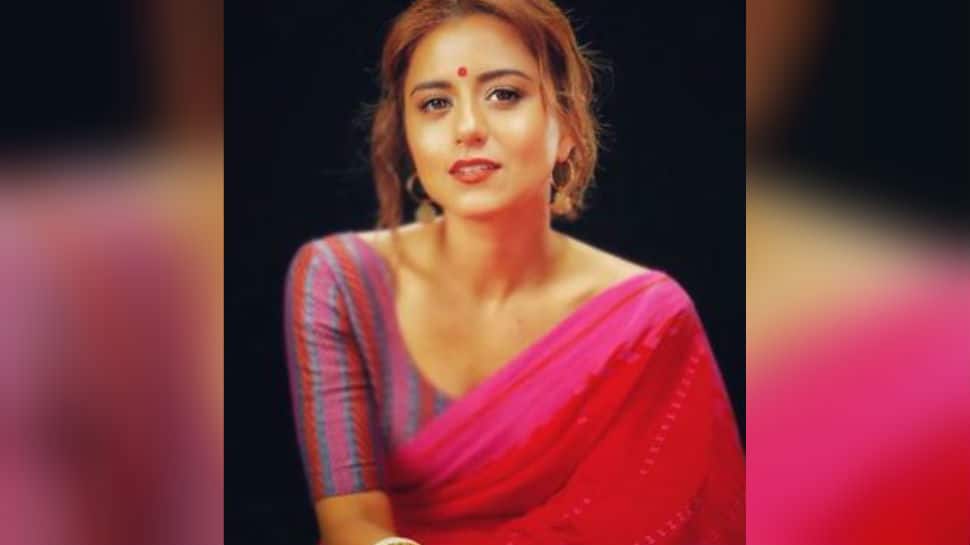 Mumbai: Actress Ridhi Dogra says her upcoming web series "A Married Woman" is more than just a story about two women and same-sex relationship. She feels honoured to be a part of a relevant story like this.

Based on Manju Kapur's book, "A Married Woman" captures the philosophy behind a love story that rose over a time of political unrest in 1992.

It tells the story of Aastha and Peeplika, played by Ridhi and Monica Dogra, respectively. Aastha is a middle-class Delhi girl, a teacher by profession and a painter by passion. She is the perfect daughter, mother and wife whose life decisions are always taken by others; until she meets Peeplika, whose personality is completely the opposite.

"As an artiste, I really didn't have any inhibitions and when I heard the story I was convinced that the sensitivity and the sensibility that was required for such sensitive story was very much assured by the writing team," Ridhi said.

Need your love and blessings guys  #Repost @ektaravikapoor with @get_repost  “Creative spaces are at times compelled to conform to boundaries. As a creator I have challenged those norms, at times pushed the envelope. This is the freedom we crave , we celebrate. However, I am cognisant that freedom comes with responsibility. That’s what my show is ... creative freedom to tell a different story with responsibility towards my viewers while respecting the creative desires of my team”. ...quoted a visionary creator who I’d leave anonymous for now! Based on Manju Kapur’s book, we bring you an unconventional love story! #AMarriedWoman beautifully captures the philosophy behind a love story that rose over a time of unrest in 1992. Teaser out at 12pm on @altbalaji and @zee5premium. #ALTBalajiOriginal #AZee5Original @shobha9168 @iridhidogra @monicadogra @samkhan @sahir_raza @saralsachdev @jaya_misra

"Also, I was sure if anyone has to make such a show it should be coming from Ekta Kapoor because she is truly a boss babe. She is the one who has given wings to the women in the true sense and she knows how to empower them just by being one herself. I feel really honoured to be the part of a story which is so relevant and if entertainment is supposed to speak for something then this is such content," she added.

Talking about the story, she said: "There are several queer stories out there. The idea is to not make it different but relevant, honest and as simple as possible. It is something that needs a voice and also it deserves the story which is beautiful, important and relevant.

"It's not just a story about two women and same-sex relationship, it's much more than that. It's a story about humanity, spiritualism, which talks about a lot of things like oneness, love and harmony. There are many beautiful things to look at in the story. It's like life, everything is entwined with many layers and that's exactly what the show is all about."

The show is an ALTBalaji and ZEE5 project.

After Madhurima hits Vishal with metal pan, former 'Bigg Boss' winner Gauahar Khan says she deserves to be out!