Zee Yuva’s new serial Tuza Maza Jamtay is creating a lot of buzz amongst audience; and Interesting storyline, popular actors are not the only reasons for its excitement. 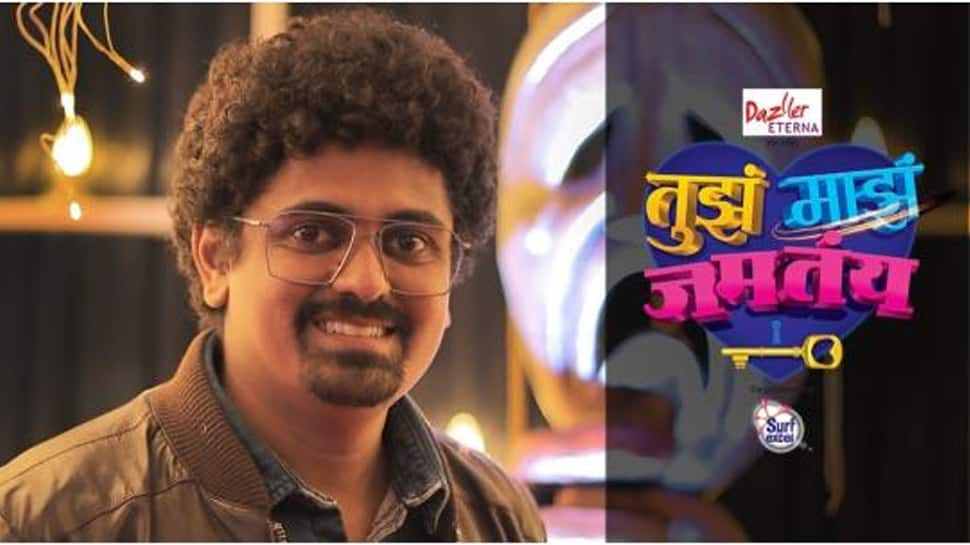 Zee Yuva’s new serial Tuza Maza Jamtay is creating a lot of buzz amongst audience; and Interesting storyline, popular actors are not the only reasons for its excitement. Serial’s producer Swapnil Sanjay Munot is an equally important part of this buzz. Well-known actor Swapnil Munot has now turned producer and Tuza Maza Jamtay is his first serial as producer. But what his journey from an actor to producer beholds? Let’s find out.

Swapnil Sanjay Munot has started his acting career at the age of five as a child actor. He has worked in several children’s plays (baalnatya) and won many awards. He has worked in a lot of plays in his college days, has participated and won prizes in many competitions and in state level open one act plays as well. He has won prizes in Government’s drama competitions as well. Also, he has done direction and acting in various big competitions in Maharashtra. Few years back he has been a part of Kedaar Shinde’s popular film Kho Kho as an actor. Later, he became a part of producing team for popular Marathi film Agabai Arechchya 2 and played a small character in it too. Swapnil’s interest in production has increased and soon he produced his first film as individual project Triple Seat starring Ankush Chaudhari, Shivani Surve and Pallavi Patil. He also played an important character in it as Ankush Chaudhari’s friend.

After the huge success of Triple Seat Swapnil has now produced his first Marathi serial Tuza Maza Jamtay starring Apurva Nemlekar, Roshan Vichare and Monika Bagul which airs on Zee Yuva. He has kept the whole setup in Ahmednagar only and he has been very keen on appointing and casting actors, technicians from Nagar only. Swapnil Munot is always keen on entertaining people in various forms. He has recently started a new YouTube channel named Kadak Marathi under the banner of Kadak Entertainment. He is soon going to launch his music record label as Kadak Music. Apart from this he organizes Maharashtra’s biggest competition Mahakarandak.

Swapnil Munot is himself an inspiration for today’s youth but he is inspired by his mentor Mr. Narendra Firodia. Swapnil wants to bring more and more interesting projects in Marathi film industry. He believes Tollywood movies experiment much more and we should be more experimental in our films as well. It will create a new magic for sure. He is interested in producing more films and serials in future.