The deadly novel coronavirus outbreak in 2020 resulted in a major lockdown globally with very little source of entertainment keeping the spirits alive and kicking. OTT  platforms with innovative series and web-shows played a significant role in keeping viewers hooked, booked and cooked through this tough time. Today, we pick and chose a few best ones, will keep adding more to the never-ending list: 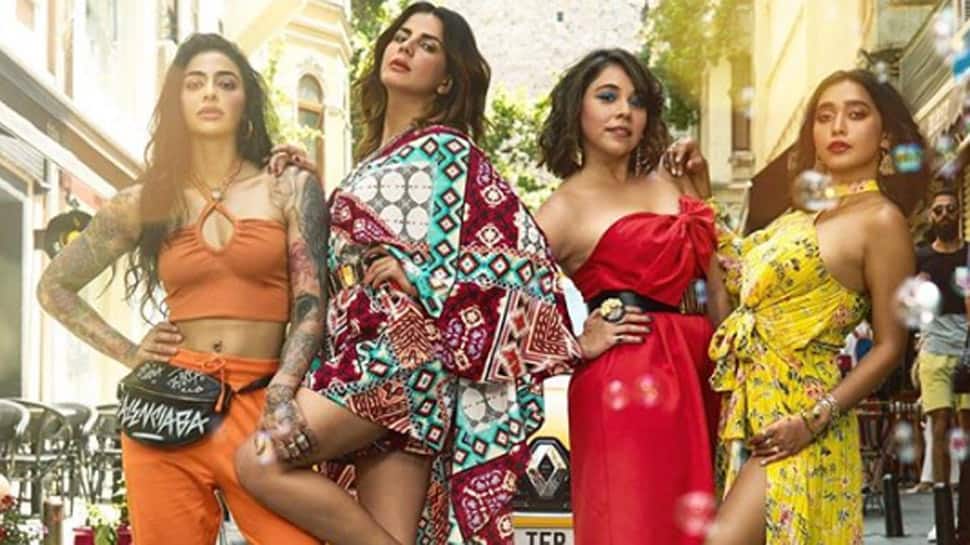 New Delhi: The deadly novel coronavirus outbreak in 2020 resulted in a major lockdown globally with very little source of entertainment keeping the spirits alive and kicking. OTT  platforms with innovative series and web-shows played a significant role in keeping viewers hooked, booked and cooked through this tough time. Today, we pick and chose a few best ones, will keep adding more to the never-ending list:

Season 1 and Season 2 of Amazon Prime Video’s Four More Shots Please! have given many peppy as well as calming, soothing numbers. From Darshan Raval’s Yaara Teri Yaari and Saachi Rajadhyaksha’s Yahaan in Season 1 to That’s Sixteen by Medha Sahi and Warning Signs by Zoe Siddharth in Season 2, each song is as refreshing as it can be. While the Season 1’s album stands out for its pleasant melodies, Season 2’s album has a number of peppy numbers. If you need something to set the mood with your besties, this is the perfect soundtrack to listen to when you’re chilling with your gang of friends.

Apart from Mithila Palkar and Dhruv Sehgal’s beautiful chemistry, one thing that has been talked about Netflix’s Little Things is its music. The theme song, Pause, is composed and sung by Prateek Kuhad. The song is a lyrically nostalgic rendition of modern-day relationships that perfectly describes the bond that Dhruv and Kavya share on the show. Other songs from the album are by Neel Adhikari. The soul-stirring music and lyrics highlight the characters' changing perspectives throughout the season.

ALTBalaji’s original Broken But Beautiful garnered immense praise not just for its story but also its music. Starring Vikrant Massey and Harleen Sethi in the lead, the Season 2 of Broken but Beautiful boasts of four melodious songs - Teri Hogaiyaan, O Saajna, Boureya and Shaamein. A beautiful love ballad, Teri Hogaiyaan will tug at your heartstrings, whereas O Saajna is a soulful contemporary pop number sung, written and composed by Akhil Sachdeva. Shaaemein by Amaal and Armaan Malik and Boureya by Anusha Mani are other melodious tunes that you cannot resist but play on repeat!

Fittrat
One of the highpoints of this ALTBalaji and ZEE 5 show starring Krystle D’ Souza, Aditya Seal, and Anushka Ranjan is the music. You will be mesmerised with the lyrics and the music of the songs such as Man Muraadein and Panchi Re. The show has a mixed bag of songs, one for every mood. Altamash Faridi and Jonita Gandhi’s voice in Naznina will fuel you with tons of passion, while Sharvi Yadav and Sandman’s Paheli Dilli is the party anthem we all need.

A web series that sees the blend of two musical styles sure had to have a fantastic soundtrack to say the very least. And that’s what legendary music trio Shankar Ehsaan Loy have got absolutely spot on in the Amazon Prime Video original Bandish Bandits that stars Ritwik Bhowmik and Shreya Chaudhry in lead roles A blend of classic and pop, the Bandish Bandits album consists of 12 songs. Tracks like Sajan Bin, Chedhkhaniyaan, Couple Goals, and Mastiyaapa, among others, have become a rage on the internet with the numbers being played on loop amongst viewers of the show. The Hindustani classical songs like Virah, Labb Par Aye, and Dhara Hogi have also managed to gain the audience's attention as they complement the peppy songs in the web series to perfection. Giving one the best of both worlds, Bandish Bandits’ jukebox is a treat for both Hindustani music lovers as well as pop music lovers.