Janhvi was launched by Karan Johar earlier this year in the official Hindi remake of Marathi blockbuster Sairat. 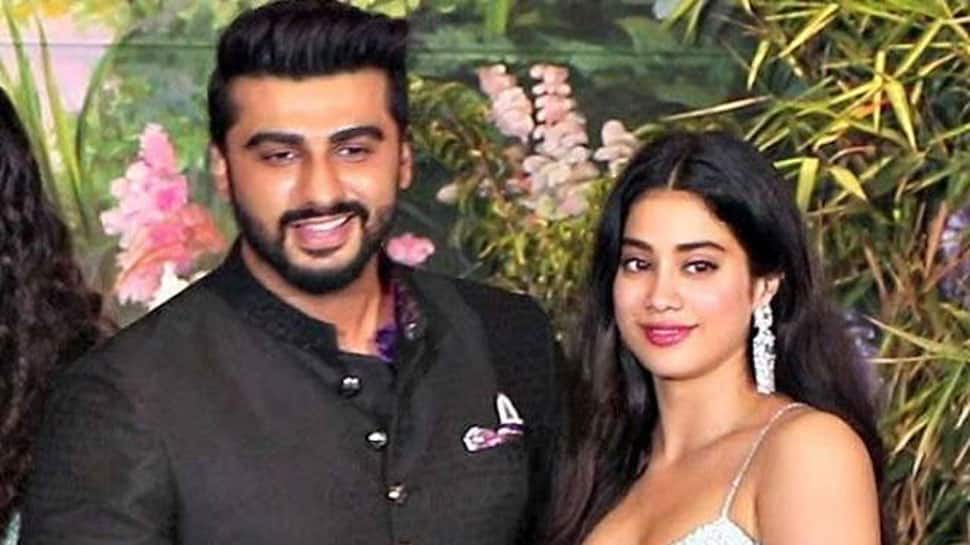 Mumbai: Siblings Arjun Kapoor and Janhvi Kapoor will reportedly appear in an episode of the sixth season of Karan Johar's Koffee With Karan.

According to a report in Mumbai Mirror, the brother-sister duo may shoot for the episode this week and it will be special because it will mark their first joint appearance on national TV.

Arjun, son of producer Boney Kapoor (from first wife Mona) has been very protective about his half-sisters Janhvi and Khushi Kapoor ( daughter of later actor Sridevi, the second wife of Boney Kapoor). Besides Janhvi and Khushi, Arjun is extremely protective of his sister Anshula. The Ishaqzaada of Bollywood had recently expressed his sentiments for Anshula who had fallen ill recently.

Janhvi was launched by Karan Johar earlier this year in the official Hindi remake of Marathi blockbuster Sairat. The film was directed by Shashank Khaitan. The young girl has bagged another KJo film and it is one of the biggest films because it has Ranveer Singh, Kareena Kapoor Khan, Alia Bhatt, Vicky Kaushal, Bhumi Pednekar and Anil Kapoor on board.

Arjun, on the other hand, is gearing up for the release of Namaste England and has Panipat, Sandeep Aur Pinky Faraar and India's Most Wanted in his kitty.