Ashton Kutcher-starrer 'The Ranch' to end in 2020

Ashton Kutcher shared the news on Twitter that Jim Patterson and Don Reo-created dramedy about a dysfunctional family in Colorado will conclude in 2020. 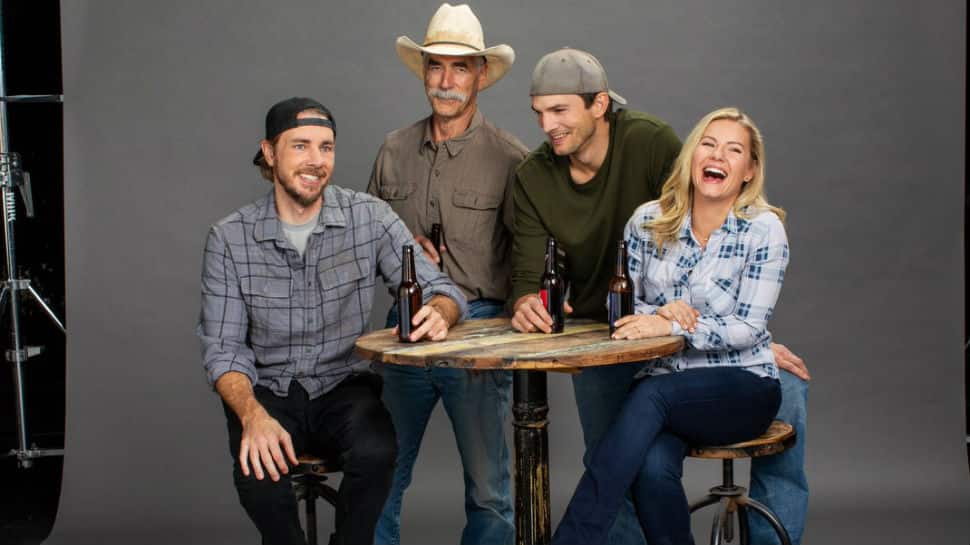 Washington DC: American sitcom `The Ranch,` starring Ashton Kutcher which airs on Netflix, is coming to an end.

The 41-year-old actor and executive producer of the series shared the news on his Twitter handle that Jim Patterson and Don Reo-created dramedy about a dysfunctional family in Colorado will conclude in 2020.

He also shared a photo featuring himself with co-stars Dax Shepard, Sam Elliott, and Elisha Cuthbert along with the tweet.

@theranchnetflix is coming to an end, but not just yet. We’re excited to bring you the final 20 episodes — 10 streaming later this year (2019) on @netflix, and then 10 more in 2020. Stay tuned! pic.twitter.com/dX9vzjHm4T

"After discussing with the producers, we`ve decided to write Danny Masterson off of The Ranch. Yesterday was his last day of work, and we`ll make new episodes in 2018 without him," the streaming service said in a statement at that time.

Kutcher`s announcement of the final season comes days after his testimony in the alleged Hollywood ripper serial killer trial.

Last week, the 41-year-old actor took the stand in the hearing of suspected serial killer Michael Gargiulo, who faces two counts of murder in connection with the deaths of two women including Kutcher`s friend Ashley Ellerin, who was killed in 2001.

Kutcher is one of the witnesses who have or are scheduled to testify in the murder trial of Gargiulo, who prosecutors have described as a "serial psychosexual thrill killer" who stalked and then stabbed the victims -- all young women who lived near him.

He testified for about 40 minutes, sporting a blue suit with a light blue shirt and a tie. His friend Ellerin`s father was present for Kutcher`s testimony.

Kutcher had planned to go to dinner and drinks with Ellerin on the evening of February 21, 2001.

The actor had met her in December 2000, when they were both dating other people. By February, they discovered that the two were newly single, so they scheduled a first date, Kutcher testified in court on Wednesday.

However, the date never took place. While Ellerin was getting ready, prosecutors said Gargiulo snuck into the house and stabbed her 47 times.

Kutcher stated that on the night Ellerin was killed, he arrived at her place between 10:30 and 10:45 pm. He knocked on the door, and no one responded. Lights were on and so he tried the door but it was locked."I assumed she had left for the night and I was late and she was upset. I just assumed she had gone out with her friend and bailed," he said.

The actor was never a suspect in the woman`s death.

Jussie Smollett not returning to 'Empire' for season 6