Bigg Boss 15 started with Salman Khan welcoming the audience in his own unique style. He later gives a task to housemates to choose among Shamita Shetty, Jay Bhanushali and Karan Kundrra that who is 100% original, who is 50-50% (50% fake and 50% original) and who is 100% fake. 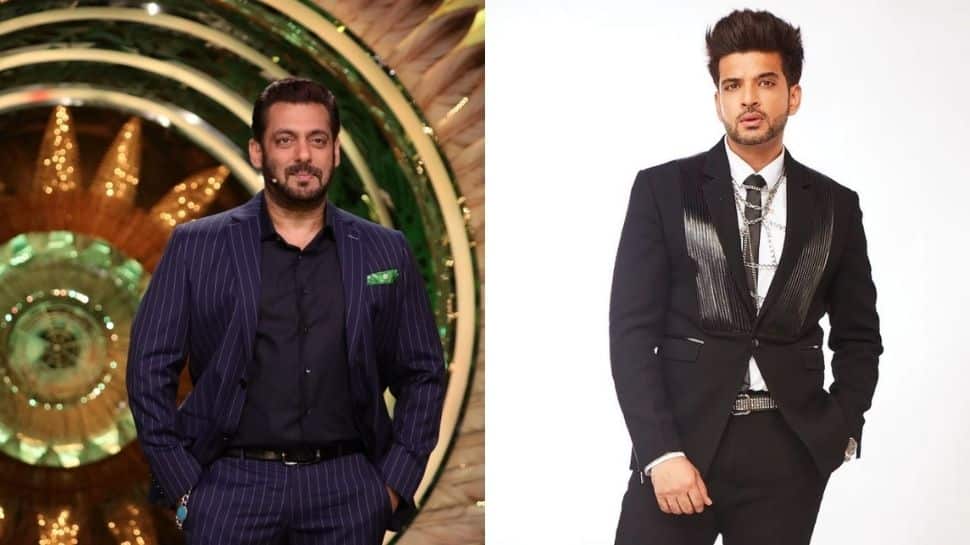 New Delhi: Bigg Boss 15’s Weekend Ka Vaar was full of twists and turns. The show started with Salman Khan welcoming the audience in his own unique style. He later gives a task to housemates to choose among Shamita Shetty, Jay Bhanushali and Karan Kundrra that who is 100% original, who is 50-50% (50% fake and 50% original) and who is 100% fake. After a lot of discussion, housemates chose Karan as 100% original, Shamita as 50-50% and Jay as 100% fake on the show.

Later, Salman asked all the three contestants about their opinion on the places given to them.

In the later part of the episode, Hina Khan enters the house and plays several games with the housemates. She asks biscuit boys to mop the table without using their hands. Four boys of the house with stunning physique including Umar Riaz, Simba Nagpal, Ieshaan Sehgaal and Vishal Kotian participated in the task and it was later won by Umar as all the housemates voted in his favour.

Karan and Nishant Bhat was also called for a fun segment where they had to dance in a sexy manner while doing the bedroom chores. Their act was loved by one and all.

Later, Salman also slammed Karan for going physical with Pratik Sehajpal and also asked him to not to repeat his mistake otherwise, he will have to face the repercussions.

He also took a class of Jay for his decision which he took in the last task and asked him to think properly before taking decisions as because of him the housemates lost Rs 25 lakh price money of the show.

He has entered the house and lot of drama will unfold on Sunday’s episode, till then stay tuned and keep watching this space for more updates related to Bigg Boss 15.