In tonight’s episode, Angoori sees Vibhuti beating up the sari salesman. She realises that Vibhuti only attacks anyone who he sees with something red. 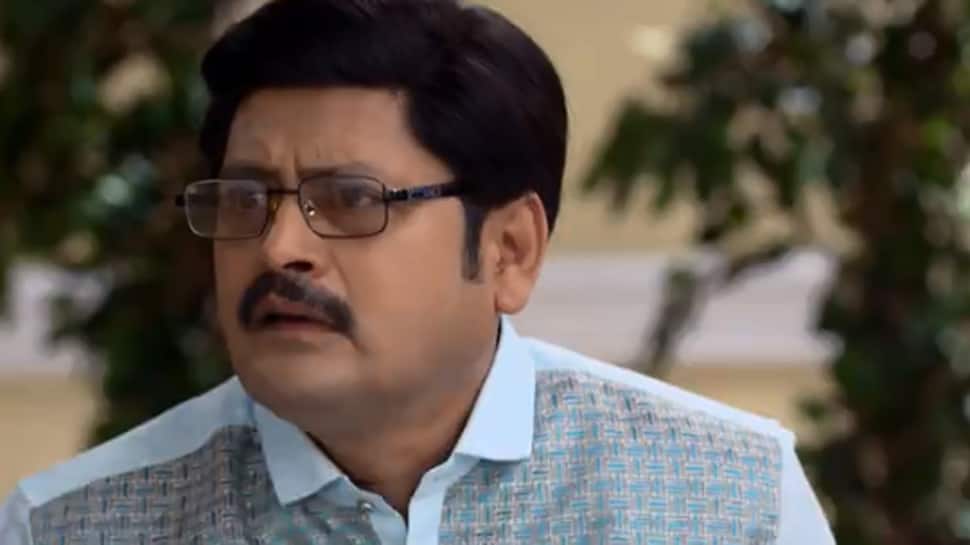 New Delhi: In the episode, Happu Singh registers a complaint about Tika's missing bride. Tika feels that Tilu and Malkhan are behind this act. On the other hand, the doctor says Vibhuti has no side-effects after being hit by a bull. However, the doctor gets attacked by Vibhuti immediately after that.

Amma then asks Tiwari and Angoori to get married again.

In tonight’s episode, Angoori sees Vibhuti beating up the sari salesman. She realises that Vibhuti only attacks anyone who he sees with something red. Tiwari agrees with Angoori and the tell Happu Singh about it. Happu Singh asks them for proof. Angoori asks Happu Singh to wear the red sari of a bride.

Happu Singh refuses to do so but the commissioner forces him to do so. When Happu Singh dresses up as a bride and sits in the doli. Vibhuti shows up and steals Happu Singh from there. Tiwari looks for Happu Singh but doesn’t find him. Angoori realises that Vibhuti is cursed and goes to his lair to remove the curse.

Happu Singh has taken off all his red clothes but Vibhuti is still chasing after him in his bull form. Angoori uses Shava’s trident to remove Vibhuti’s curse and make him alright. The next morning Vibhuti prepares a lavish dinner for Anu’s friends Meenal and Anurag. Meenal is impressed with Vibhuti’s cooking.

Stay tuned to watch the next funny story from your favourite characters. Watch the latest episodes of Bhabi Ji Ghar Par Hain, now streaming on ZEE5.

For stories that are meant to be savoured, &PriveHD innovates with Prive Episodes this Monday