In tonight’s episode, Vibhuti is looking for Angoori on his morning walk in the area. He finds Angoori sleeping in the backyard instead of watering the plants. 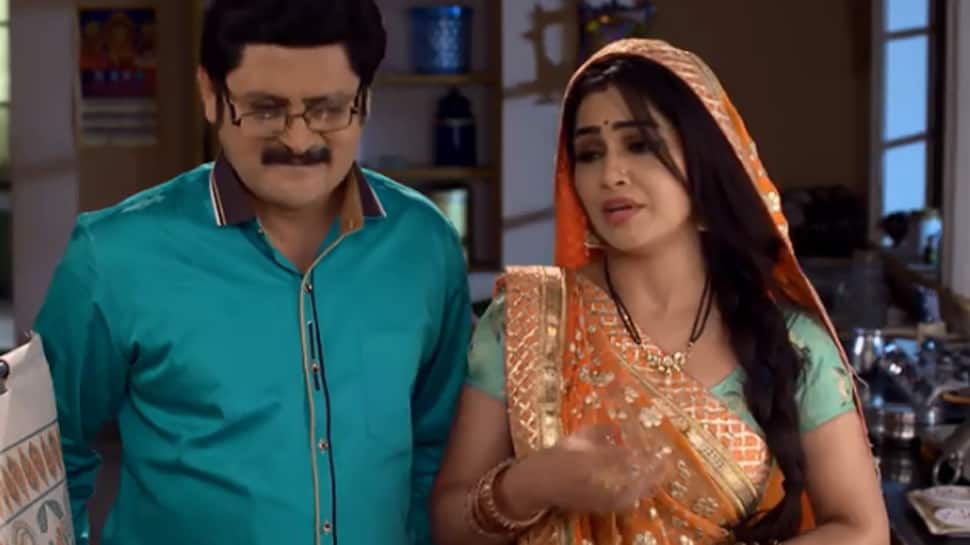 New Delhi: In the episode, Vibhuti and Tiwari get electric shock treatment from Saxena. As they return from his house, they meet Amma in between who tells them about Pandit Ramphal's mistake. Vibhuti rushes to see Angoori and Tiwari goes to meet Anita.

In tonight’s episode, Vibhuti is looking for Angoori on his morning walk in the area. He finds Angoori sleeping in the backyard instead of watering the plants. He jumps into Angoori’s courtyard and wakes her up. Angoori tells Vibhuti that she feels tired and disinterested the last few days and is unable to sleep.

Vibhuti thinks Angoori is in love, but she says she feels like slapping people. Vibhuti believes that Tiwari is making Angoori work too much. Vibhuti shows up to Angoori’s house to mop the house. Tiwari is out of the house and finds Tika, Tilu and Malkhan started an NGO.

He finds out that Tika, Tilu and Malkhan made up the fake NGO to get money for themselves. Saxena offers them money if he will pay them money to test the medicine he made. When Tiwari returns home he finds out that Vibhuti is mopping his house. Angoori tells Tiwari that she is feeling weak and depressed.

Vibhuti meets Saxena who is carrying an award. Saxena says that he got an award for making medicines for depression, but they are not tested on humans yet. Vibhuti asks Saxena to give him the medicine but Saxena refuses to do so. Vibhuti decides to steal the medicine for Angoori.

Happu Singh sees Vibhuti stealing from Saxena’s house. He takes a bribe from Vibhuti and allows him to steal. When Tika, Tilu and Malkhan take Saxena’s medicine they end up developing multiple personalities. How will Saxena’s medicine affect Angoori? Stay tuned to find out.

Stranger Things 3: Here's what we can expect in this season