Amma hears Tiwari’s scolding and beats him up. She reminds him that he inherited the business from his father. She asks him to leave the house and build a business on his own. 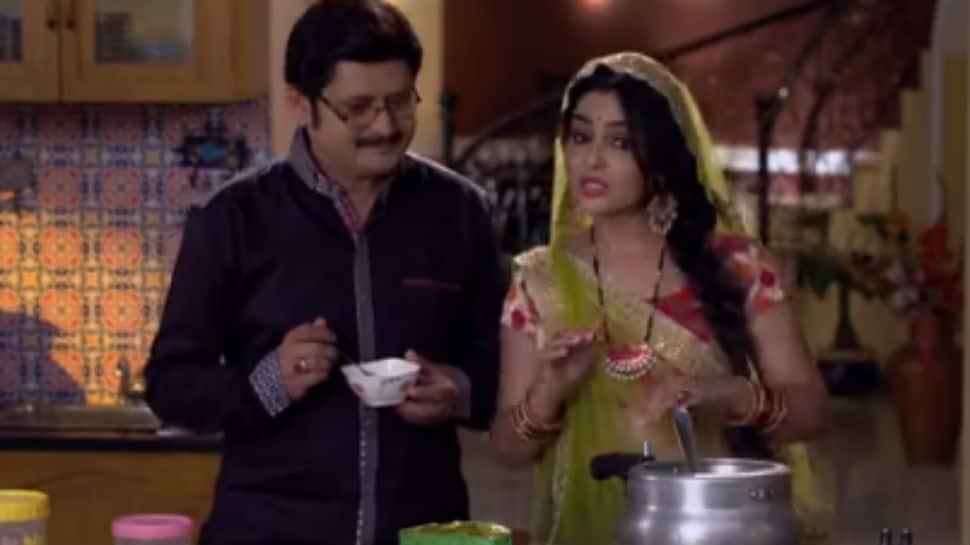 In the earlier episode of 'Bhabi Ji Ghar Par Hain', Tiwari learns that Saxena is a trained classical singer and therefore, asks him to help him deal with Angoori's music teacher. Tiwari challenges Vibhuti and lip-syncs Saxena's song to beat him. Later, when Vibhuti arrives to teach Anita music, she asks him to run away with her. Vibhuti reveals his real identity and Anita says she knew about it all along.

Angoori is cooking in the kitchen when Tiwari enters. He tells her that he had kept 3 lakhs in the family safe but now fifty thousand is missing from there. Angoori says she gave the money as a loan to her sister. Tiwari scolds Angoori for wasting his hard-earned money on her broke relatives.

Amma hears Tiwari’s scolding and beats him up. She reminds him that he inherited the business from his father. She asks him to leave the house and build a business on his own. Anita taunts Vibhuti for humiliating her in the restaurant. Vibhuti says it’s nothing to earn 1 lakh rupees a month like her. Anita challenges Vibhuti to earn just 10 thousand rupees in a month.

Tika, Tilu and Malkhan are complaining about their lives. Saxena tells them they need to find a murshid/guru who will lead them on the right path. Tika, Tilu and Malkhan ask Vibhuti to find them a murshid. Saxena sees a group of qawalis singing about how bad the world is and decides they are his murshid. Stay tuned to find out how Vibhuti and Tiwari adjust to life out of their houses with no money.