Vibhuti gets a video call from South Africa. The caller named Chandrabhan Singh Lara tells Vibhuti that he is his actual grandfather. He tells Vibhuti and Anita that he has a lot of money. 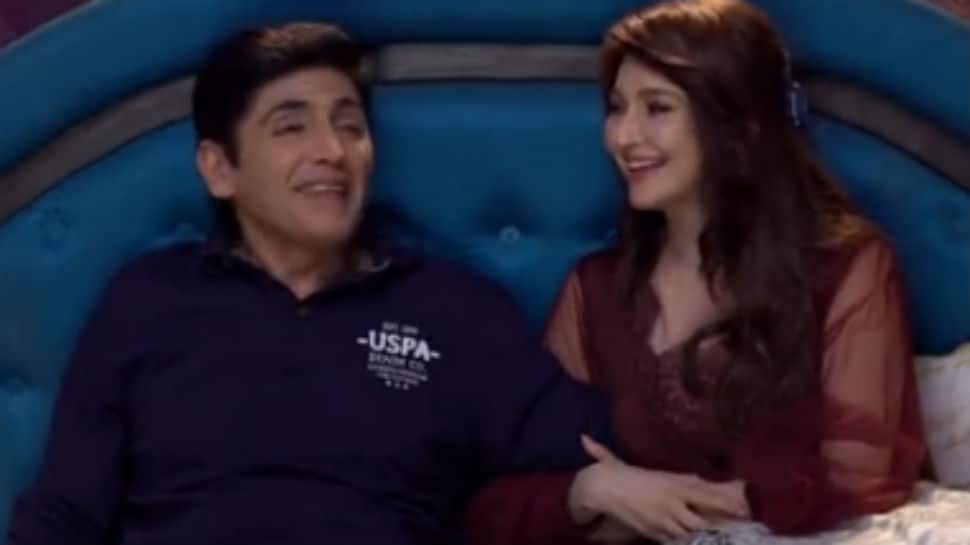 In the earlier episode of 'Bhabi Ji Ghar Par Hain', Tiwari fakes dying of hunger. Vibhuti takes Tiwari looks for food and water for Tiwari. Later, the duo was found sleeping under the bridge again and Tika, Tilu and Malkhan come back to collect rent from them. With no money left, Vibhuti and Tiwari return home and ask their wives to allow them to come back.

He tells Vibhuti and Anita that property worth 14 thousand crores. Anita is floored by this she invites Chandrabhan Singh to her house. He tells them that he can’t leave the hospital but his lawyer Saxena will handle everything. The next morning Anita and Vibhuti inform Angoori and Tiwari of their new fortune.

Tiwari argues with Vibhuti while Anita plans of all the things she can do with the money. Tika, Tilu and Malkhan are also complaining about their lack of money. Saxena shows up and says they are unlucky to not have rich relatives. Saxena tells them he is earning 1 percent which is 1,400 crores from a Vibhuti’s rich relative’s case.

Tiwari finds out that Lara has made his aunt pregnant as well as Anita’s grandmother’s sister. By this logic, Tiwari is Anita’s uncle. He is not pleased on hearing. this. Saxena says that all of them have to accept their relationships if they want the money. Will Vibhuti and Tiwari agree to these terms? Stay tuned to find out.