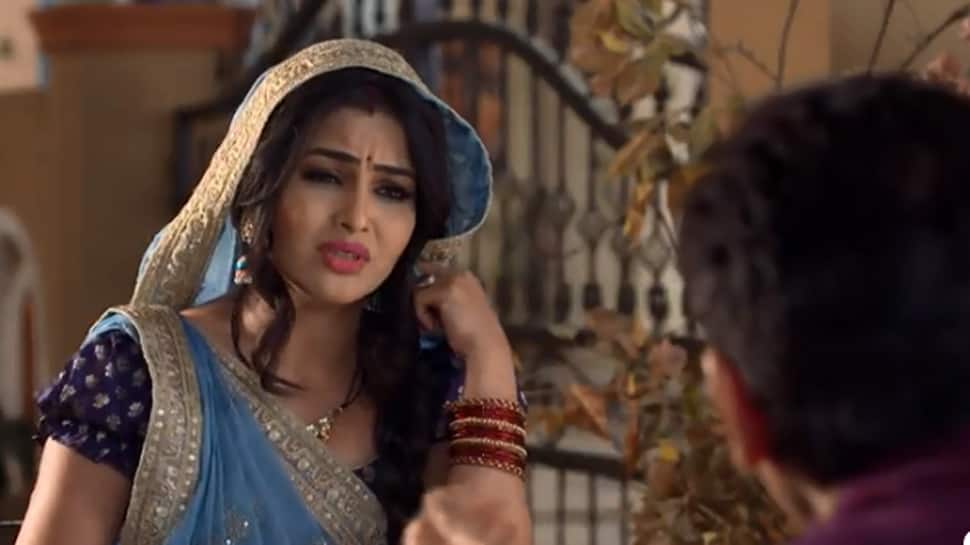 New Delhi: In the episode, after Vibhuti finds out about Angoori's tiredness, he heads to meet Saxena. The latter then tells Vibhuti that he has got an award for a medicine which can brighten up people. However, Saxena reveals that medicine has not yet been tested on any human. Vibhuti, in turn, asks Saxena to give him the medicine for Angoori, but when Saxena refuses, he plans to steal it.

In tonight’s episode, Vibhuti steals the anti-depressant medicine from Saxena’s cabinet. He takes the medicine to Angoori’s house in the middle of the night. Tiwari is massaging Angoori’s shoulders when Vibhuti shows up with the medicine which he convinces Angoori to take.

When Vibhuti walks by Angoori’s house in the morning, he notices that she is not watering the plants. Tiwari returns from his morning walk and finds Vibhuti waiting for Angoori. While Tiwari is shooing Vibhuti away, Angoori walks out. She is dressed in a shirt and trousers. She says she wants a shock and purposely presses her non-functional doorbell.

Vibhuti and Tiwari talk to Angoori and find out she wanted to get a shock. Angoori also says she is hungry and wants lizard soup. Tiwari wonders why Angoori is sounding like Saxena. Meanwhile, Tika and Malkhan believe they are rich parents to Tilu after taking Saxena’s medicine.

They convince Tilu to marry an imaginary rich girl who is within their class. Tilu says he wants to marry a mechanic and not a rich girl. While there are problems in the imaginary family, Tiwari’s family life is also ruined. Vibhuti takes Tiwari to meet Saxena and ask him about the medicines wrong effect.

Saxena tells Vibhuti that the medicine was wrongly labelled. Vibhuti took the cloning medicine for Angoori. When Tiwari asks for a cure, Saxena says it can take 12 years or more. Tiwari is left upset while Angoori joins Saxena in putting their fingers in electric sockets. How will Angoori’s transformation affect Tiwari’s marriage? Stay tuned to find out.