Angoori loses consciousness and Tiwari takes her home. When she wakes up, Angoori returns to her old self. 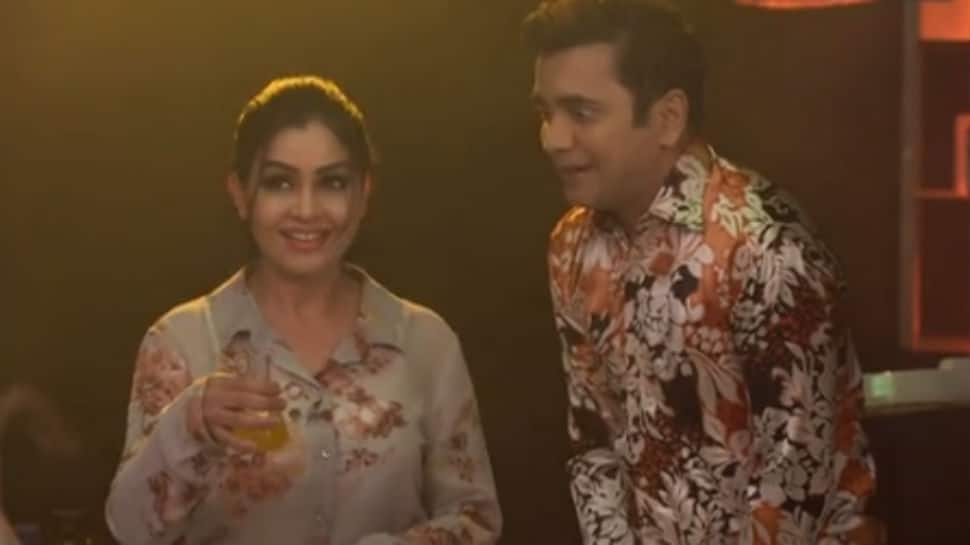 In the earlier episode of 'Bhabi Ji Ghar Par Hain', Angoori and Vibhuti go to the police station while Vibhuti and Tiwari visit a doctor. It is when they learn that the doctor's family has also been affected by Saxena's medicines. Vibhuti asks Tiwari to try and get close to Angoori. However, their plan fails and she, in turn, beats him up for his misbehaviour. Tika, Tilu and Malkhan go to the dance bar as a family and get kicked out for fighting.

In Friday's episode, Angoori and Saxena are on the electricity pole taking electric shocks. Angori asks Saxena if she is fully Saxena now. However, Saxena tells her that she doesn’t look like Saxena. Angoori says that it must be for that reason that Tiwari tried to misbehave with her.

Saxena tells Angoori that he has a medicine that will make her look exactly like him. Pellu Khan hears about this and goes to Vibhuti’s house to tell Tiwari and Vibhuti. When they hear about this, Tiwari and Vibhuti rush to Saxena’s house. By the time they reach there, Angoori already drinks the medicine Saxena gives her.

Angoori loses consciousness and Tiwari takes her home. When she wakes up, Angoori returns to her old self. She is shocked looking at the clothes she is wearing and goes to change. Saxena tells Tiwari that he gave Angoori the medicine that turned her back to Angoori.

The next morning, Tika, Tilu and Malkhan continue to behave like a dysfunctional family. Malkhan pays Tilu’s lover to make her not get married to him. Tilu decides to shoot Malkhan with his fingers. Saxena shows up and gives them all injections. Stay tuned to find out the next adventure on 'Bhabhi Ji Ghar Par Hain'.