In tonight’s episode, Angoori gets a call from Amma for her and Tiwari. Amma tells them that Pandit Ramphal has said that Tiwari has a problem in his Kundali. 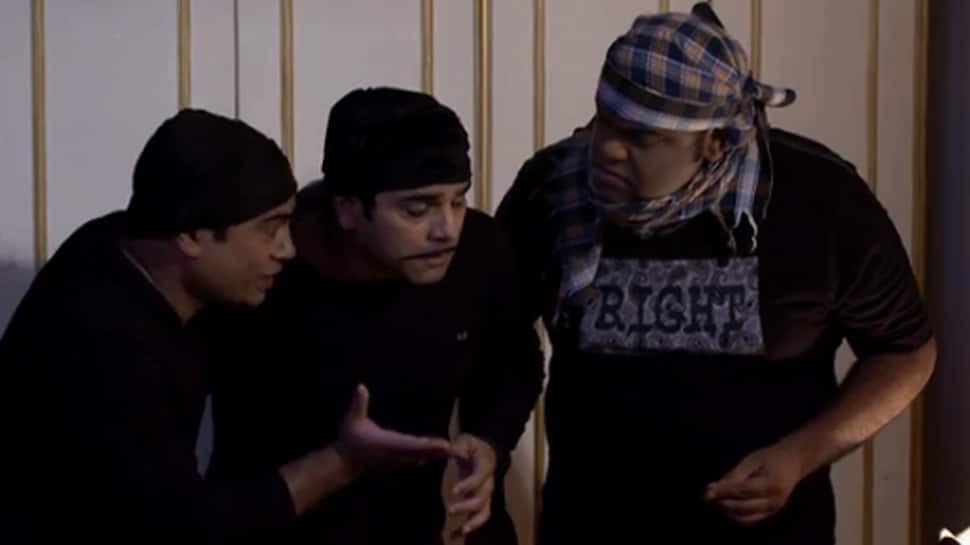 New Delhi: In the episode, we saw how Saxena convinces Angoori about the medicine which can turn her into himself. When Vibhuti and Tiwari reach home, they are shocked to find out that Angoori has already consumed the medicine and dozed off. When she wakes up, she gets back to her normal self. Saxena then cures Tika, Malkhan and Tilu.

In tonight’s episode, Angoori gets a call from Amma for her and Tiwari. Amma tells them that Pandit Ramphal has said that Tiwari has a problem in his Kundali. He has asked them to do a puja wearing red clothes and going to laal tekadi with Pandit Lalaram.

Tiwari refuses to go but Vibhuti overhears the conversation and tells Angoori that he will take her. When they reach the hill Angoori goes to the temple while Vibhuti stands outside. A wild bull attacks VIbhuti and pierces its horns in Vibhuti’s behind. Angoori brings Vibhuti back and Tiwari called the doctor.

The doctor eats an apple after putting a bandage on Vibhuti. Seeing the apple, Vibhuti snarls and slaps the apple from the doctors' mouth. The next morning Amma scolds Tiwari for not going with Vibhuti. She tells them Pandit Ramphal has asked them to adopt a grown-up boy and get him married to bring good luck back into the house.

Tika, Tilu and Malkhan are cursing their bad luck. Saxena tells them that he can predict their future by seeing their forehead. He sees Tika’s forehead and predicts that Tika will get married soon. When Tika asks if the marriage with last? Saxena walks away. Stay tuned to find out if Tika gets married in the next episode.