In tonight’s episode, Angoori tells Vibhuti that she needs to adopt a grown-up boy. She says that Pandit Ramphal told Tiwari and her to adopt a boy and get him married. 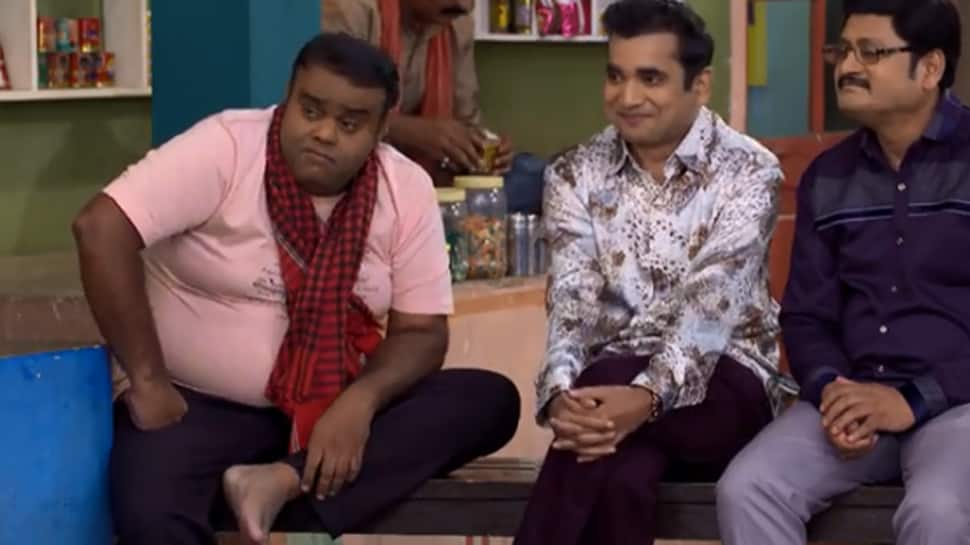 New Delhi: In the episode, Amma tells Angoori that there is some issue in Tiwari's horoscope and to cure it, the couple will have to go to a mountain. They will meet a baba there and perform a puja to ward off the evil. When Angoori tells about it to Tiwari, he refuses to go. However, Vibhuti offers to go along. When they reach the mountain, Vibhuti is hit by a buffalo. As he recovers at home, he attacks the doctor when the latter picks a fruit to eat.

In tonight’s episode, Angoori tells Vibhuti that she needs to adopt a grown-up boy. She says that Pandit Ramphal told Tiwari and her to adopt a boy and get him married. Angoori says she is thinking of adopting Vibhuti. But Vibhuti says he is already married and avoids the situation.

Saxena reads Tika’s forehead to predict if he will get married. Saxena finds that in Tika’s near future he will meet his father. Tiwari walks in and tells Saxena that he is looking to adopt a fully grown young man as a son. He rejects Malkhan and Tilu. However, the chooses to adopt Tika.

Angoori asks Happu Singh to find an eligible bride for her son, Tika. Vibhuti is also shocked to see Tiwari’s choice. Tika refuses to go to meet Gulfam Kali at the dance bar with Tilu and Malkhan because he has to maintain respect as Tiwari’s son.

Angoori gives Tika a glass of pomegranate juice. Seeing the red colour of the pomegranate juice makes Vibhuti go wild after being attacked by the bull. He lunges at Tika and beats him up till he can’t move, before walking away. Later that night Tiwari gets a call from Happu Singh.

He tells Tiwari that he found a girl named Laali Lalwani from Tika. However, the only condition the girl has is that Tika must wear red clothes and dye his hair red to look good. Tika agrees to do so. Stay tuned to find out how Tika’s wedding planning goes.