In tonight’s episode, Anita is cursing the guy who stole her jewellery. 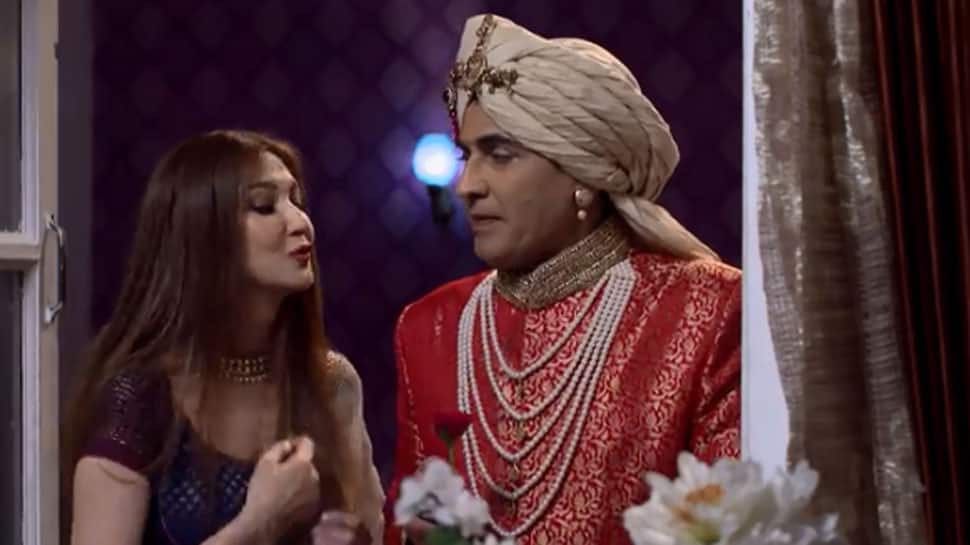 New Delhi: In the episode, Vibhuti discovers that his horses need medical attention and Anu rants about not having enough money to pay off the rent. Anu then declines to shell out any more money to Vibhuti, who then steals her jewellery to feed the hungry and poor outside the temple. Then Vibhu is in need of a horse to reach the swearing-in ceremony but the horse is not well and requires money to treat him medically.

Watch the latest episode below:

In tonight’s episode, Anita is cursing the guy who stole her jewellery. Vibhuti, who is standing next to her, feels insulted and finally asks Anita to stop. He admits that he stole her jewellery to feed hungry people. He promises her that when he becomes the king he will gift her a lot of diamonds and gold jewellery. Meanwhile, Manmohan wishes that Vibhuti’s dream to become the king should never come true.

Next day, the swearing-in ceremony is about to begin. Just then the chief minister of Jhingurpur gets a phone call from the king and he asks them to stop the swearing-in ceremony. He tells them that Vibhuti is not the real heir of the Jhingurpur dynasty as the real prince is already found. He further tells them that Vibhuti’s mother was a maid in the dynasty who made a similar mark on Vibhuti’s back to mislead them.

Later that day, Anita asks Vibhuti to bring back her jewellery or else get out of the house. Seeing Vibhuti’s situation, Manmohan calls Tika, Tillu and Malkhan and make fun of Vibhuti by calling him royal blue blood. A few moments later, Happu Singh comes there and tells Vibhuti that they have found the person who took the jewellery from him. Listening to him, Vibhuti goes to Anita and tells her the news.

What do you think will happen in the next episode? Let us know your thoughts in the comments with the hashtag #BhabiJiGharParHain.

Catch all the episodes of Bhabi Ji Ghar Par Hain, exclusively on ZEE5.