In tonight’s episode, Angoori is singing in the courtyard where Vibhuti shows up to speak to her. 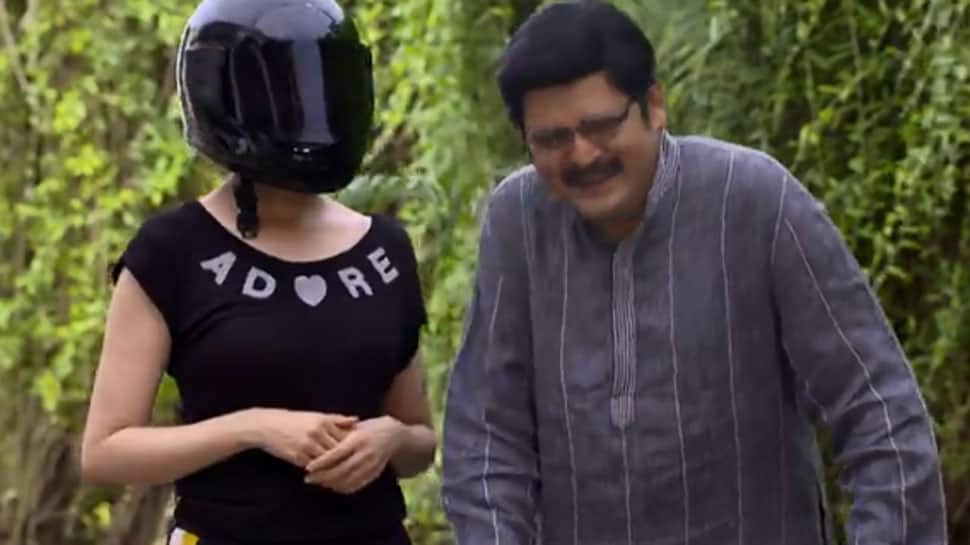 New Delhi: In the episode, Vibhuti meets with an accident while riding the scooter with Manmohan Tiwari. Both Anu and Angoori rush to the hospitals to meet their ailing husbands. Amma tells both that they should not show their faces to any other man because if they do it might end up hurting their own husbands. Tiwari and Vibhu continue to spy on each other's wives.

In tonight’s episode, Angoori is singing in the courtyard where Vibhuti shows up to speak to her. Vibhuti finds Angoori singing covering her face by an umbrella. Angoori tells Vibhuti she got slightly burnt while frying something. Vibhuti tries to see Angoori’s face but she stops him.

Tiwari goes to the park to look at Anita jogging. Anita shows up with a helmet on her head. Anita tells Tiwari that she has a lot of pimples on her face and she doesn’t want anyone to see it. Tiwari also leaves without seeing Anu’s face. Meanwhile, Prem helps Tika, Tilu and Malkhan by giving them work at his newly opened Lassi stall.

Happu Singh shows up at the stall and says he is proud of Tika, Tilu and Malkhan for getting a job. He even drinks a glass of Lassi from there and likes it a lot. Prem has mixed something in the Lassi which will keep bringing Happu Singh back for more.

Vibhuti gives Angoori a paste which will cure her burn marks. Angoori covers her face with a plate and refuses to look at Vibhuti. Tiwari takes a cream for Anita’s pimples. Anita covers her face from him and later throws his cream away. Later that night Vibhuti waits for Anu to sleep so he can sneak into Angoori’s bedroom. Stay tuned to find out of Vibhuti succeeds in this plan.