In tonight’s episode, Vibhuti sees Angoori that he stuck a knife in his stomach and he’s about to die. 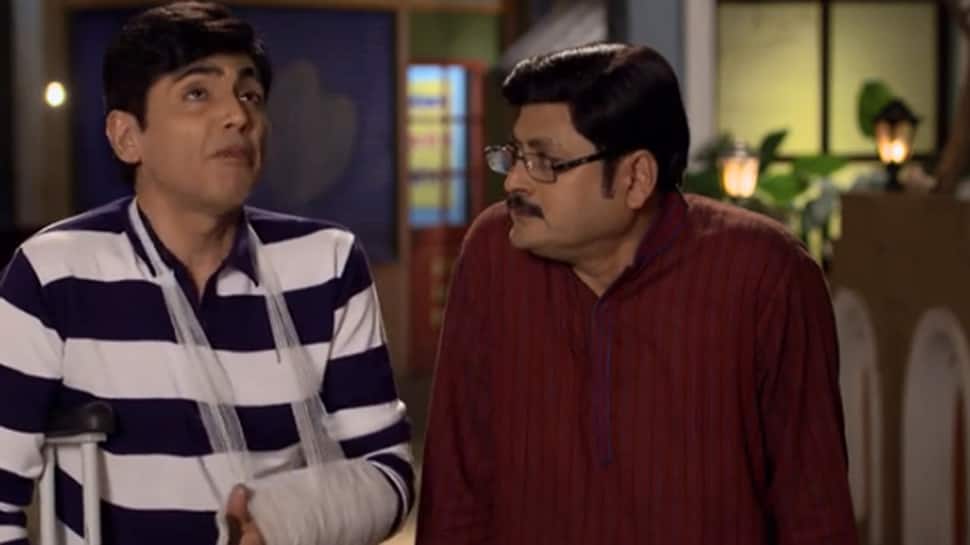 New Delhi: In the episode, as soon as Angoori sleeps, Manmohan Tiwari sneaks out to go to Anita's house. Vibhuti Narayan Mishra also does the same and sets out to see Angoori's face. But both are unable to see Anita and Angoori's faces respectively.

On the other hand, the new lassi shop opened by Tika, Tilu and  Malkhan does good business as they are able to sell lassi for Rs 250 to Happu Singh.

In tonight’s episode, Vibhuti sees Angoori that he stuck a knife in his stomach and he’s about to die. Before dying he wishes to see Angoori’s face once. Angoori is conflicted but decides to show VIbhuti her face. Before she can remove her veil, a small kid enters and takes away the toy-knife from Vibhuti.

The Masterji shows up again asking Tika to give him some Lassi for free and Tika refuses to give him any. Saxena gathers Tiwari and  Vibhuti in the same room. He ties them to a chair and tells them that to cure their bad habit they need to tell him what the bad habit is first. Will Tiwari and Vibhuti confess their liking for each other’s wives? Stay tuned to find out.