Given the stiffness of the material and its almost blind trust in the lead player's abilities, "Bhram" loses steam after the first few episodes. 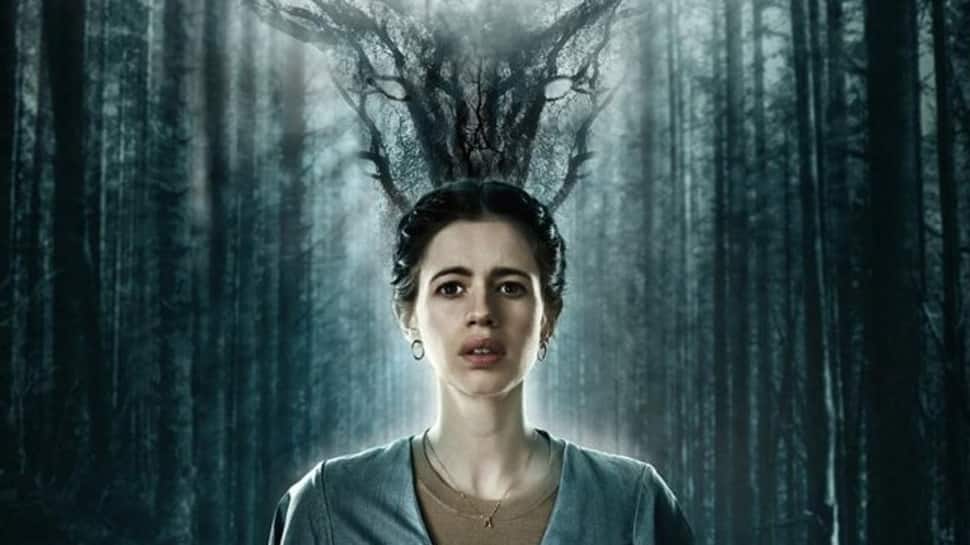 If you are an addict of spooky cinema, there is nothing in "Bhram" that you haven't seen before. This, perhaps, is not a bad thing in the supernatural-horror genre where the audience revels in familiar scares.

One doesn't know if this is a virtue or not, but "Bhram" offers no surprises in the tightly insulated terror territory. It is the story of a spooked-out woman Alisha. Traumatised by recent events in her life, Alisha heads to a scenic hill station to be with her sister (Bhumika Chawla) and brother-in-law (Sanjay Suri). Chawla, let me state, hardly looks like Kalki's sister. Come to think of it, every character looks disconnected from the plot, as though they have collectively decided to stay distant.

Before we can say, ‘I see dead people', Alisha starts seeing, well, people who may or may not exist. Kalki has always been irreproachably adept at conveying a spaced-out, almost karmic, connect with the unknown. This aspect of her personality comes in handy here as she keeps mumbling about seeing people others can't.

While the central character's stressful awareness of a world beyond the visible is welcome, the entire unraveling of Alisha's predicament is done in an unconvincing and sometimes laughably juvenile manner.

To his credit, director Sangeeth Sivan avoids predictable motions of outsourced scares. He tries to build a sense of foreboding from within the plot. In this endeavour, Kalki Koechlin is a big help to the script. She makes the presence of invisible forces palpable through her glazed eyes, conveying a distant yet certain promise of doom. That apart, the other characters are hazy and ill-formed. The actors make no effort to give a more definitive shape to the people who hover in Alisha's life more uncertain about their own existential certainties than hers.

With considerably more attention to the non-central characters (who come and go in a mob, pelting their own stones in the trouble waters) "Bhram" would have worked better. Given the stiffness of the material and its almost blind trust in the lead player's abilities, "Bhram" loses steam after the first few episodes. To get through all eight episodes you need to be a diehard fan of Kalki or just an incorrigible devotee of the supernatural genre. Or maybe just a masochist.