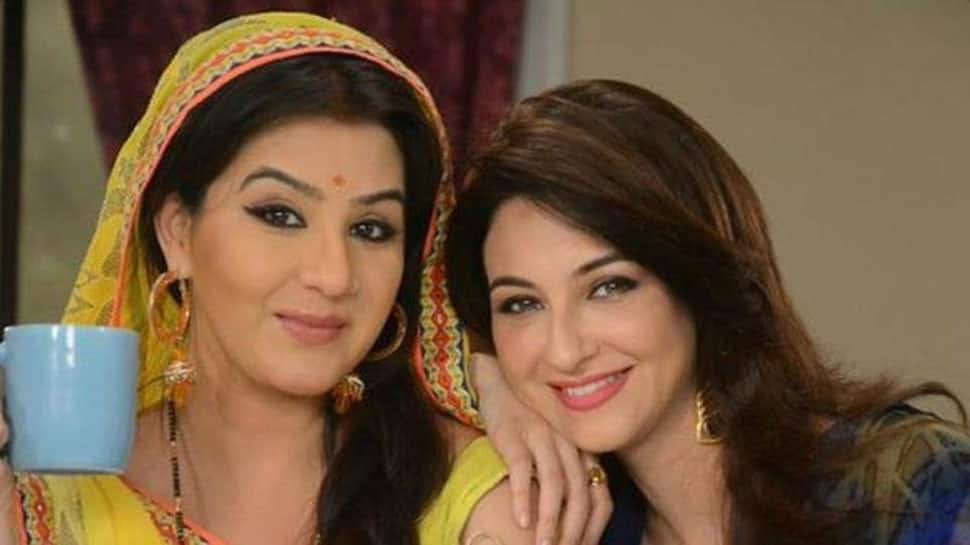 New Delhi: One of the most popular contestants this season in Bigg Boss 11 has been Shilpa Shinde. The actress got immense popularity as Angoori Bhabhi on hit sit-com Bhabi Ji Ghar Par Hai!.

The actress had an ugly exit from the show after an alleged fallout with the makers of the show and soon she was replaced by Shubhangi Atre. Now, after almost two years Shilpa grabbed huge eyeballs on the reality show with fans really liking the kind of person she is.

Another actress who features on Bhabiji... Saumya Tandon aka Gori Mem in an interview with Bombay Times revealed what she feels about former co-star Shilpa and also about Bigg Boss.

Talking about Shilpa, Saumya said, “I had a strictly professional relationship with her. All I know is that she fit the role perfectly. People can see how she is in real life on Bigg Boss'. I watched an episode of the show, but couldn't follow it further."

Also, when asked whether she would like to participate in the reality show, she said, "I would be a disaster; I will be shot dead by the makers as I won't give them any controversial content. I can't fight."

Meanwhile, Bigg Boss 11 will witness its grand finale on January 14, 2018 where the winner will lift the trophy. After Akash Dadlani's mid-week eviction, only top four contestants—Vikas Gupta, Shilpa Shinde, Hina Khan and Puneesh Shama are left inside the house.