Arshi Khan entered and her entry made Vikas, Hina and Shilpa emotional. 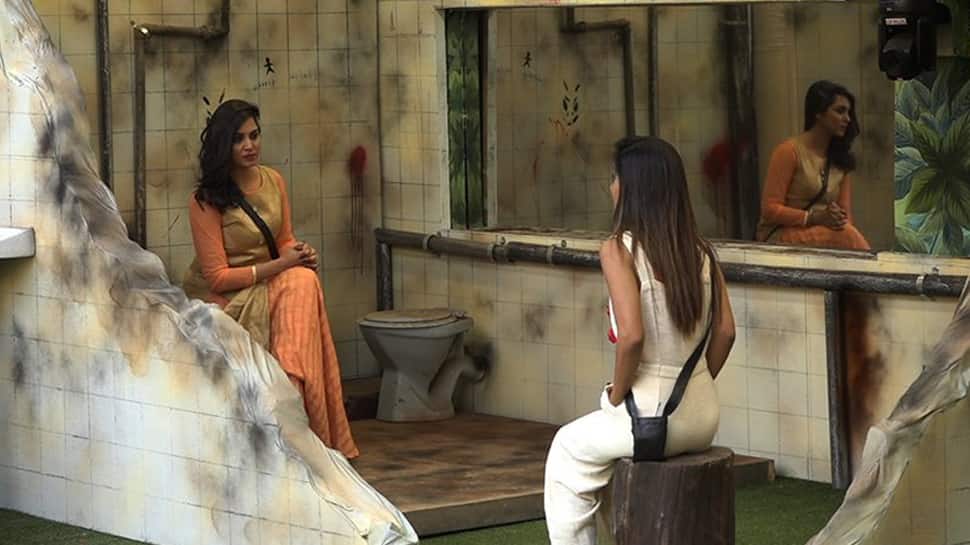 New Delhi: It is the finale week of Bigg Boss season 11 and just when we thought things couldn't get any more interesting, today's episode raised the bar of entertainment even more! Arshi Khan, entered the house as a guest with an interesting task.

Before Arshi's entry, Puneesh, Akash and Vikas counted Luv Tyagi's votes from the ballot box and found out that Luv had lied to all of them. He had said that he got 393 votes while in reality, as claimed by the trio, Luv had only 293 votes. This shocked Shilpa Shinde and Hina Khan who said that it could have been a mistake.

Bigg Boss then asked the inmates to decide amongst themselves, the most 'mean' contestant of the house. Everyone agreed on Akash's name, including the rapper himself. Akash's photo was put up on a wall.

First photo was of Shilpa and all contestants began thinking of what could be the most mean thing to do for her. Puneesh won the round by saying that he would chop off all of Shilpa's footwear.  However, Shilpa convinced him not to do so and he agreed.

Next photo was of Vikas and Shilpa came up with the meanest task, of destroying his 5 T-Shirts or jackets. Vikas tried his best to stop Shilpa from doing so, asking her to leave a hoodie that was a gift. At the end, Shilpa refused to destroy Vikas' clothes which made the latter feel thankful.

However, later, Vikas was seen telling Hina that he had lied about the hoodie being a gift and was just doing his task.

Hina, said that this only proves that Shilpa doesn't care about the task.

With Arshi in the house, it will be interesting to see what happens in tomorrow's episode.

Bigg Boss 11: We are not friends, says Vikas Gupta on Shilpa Shinde