With five weeks into the game, the housemates are now getting the pulse of it. Bigg Boss season 11 is certainly becoming interesting by the day! 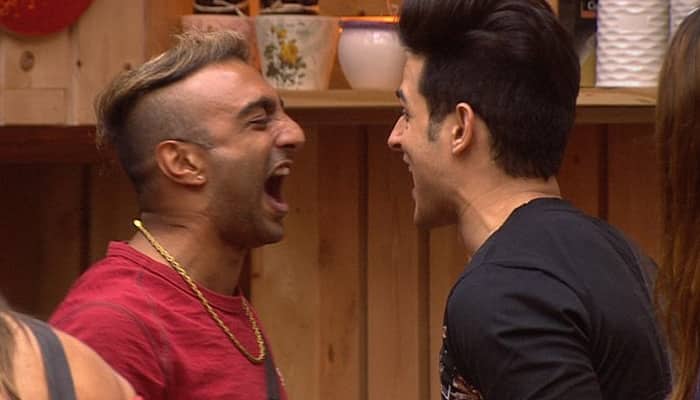 New Delhi: With five weeks into the game, the housemates are now getting the pulse of it. Bigg Boss season 11 is certainly becoming interesting by the day!

This night we saw how the entire house stood divided into two camps, with one supporting Benafsha and the other with Akash Dadlani.

The war of words between Ben and Akash saw Hina Khan, Priyank Sharma, Luv Tyagi siding with the former while Arshi Khan, Puneesh, Bandgi and Shilpa Shinde backing the latter.

The fiasco unfolded when the entire house started discussing that Akash talks unpleasant stuff about girls behind their backs. And from that point the fight escalated to another level where not just Akash but even Puneesh’s name came to the fore and the entire Bigg Boss 11 house got into a mess!

The fight between these two camps was so bad that after a point you could only wish for ear buds to avoid noise pollution.

Looks like Salman’s advice that some members of the show are not seen anywhere switched on a button where now everyone wanted to be seen.

Hina Khan even picked on Shilpa for supporting Akash in the fight while the latter maintained her calm demeanour.

We are already waiting for next Weekend Ka Vaar with Salman Khan!