Bigg Boss 11: Till when will the Padosis hide their identity?

One of the most innovative elements of the Bigg Boss season 11 are the padosis. Never in the history of Bigg Boss have the contestants been as confused as they have in the house this time. 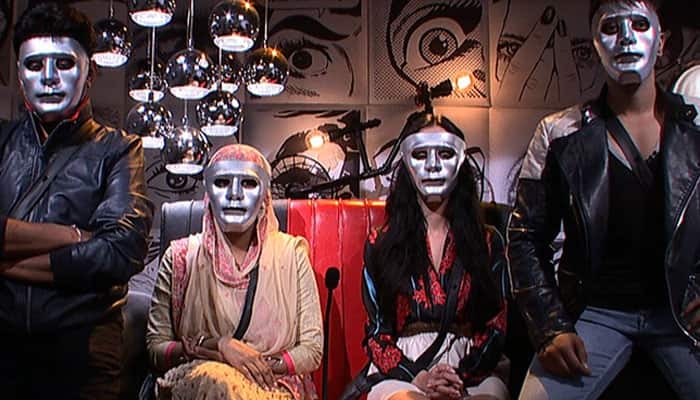 New Delhi: One of the most innovative elements of the Bigg Boss season 11 are the padosis. Never in the history of Bigg Boss have the contestants been as confused as they have in the house this time.

People's masks do fall off eventually, but this time it was Bigg Boss who put a mask on four Padosi's faces and introduced them as a rather 'unique' family in the house.

29-year-old Mehjabi is asked to play the mother of Luv Tyaagi whereas Sabyasachi is to play his boyfriend. Australian beauty Lucinda is playing Mehjabi's late father's girlfriend.

To provide some incentive to the padosis to play their roles well, Bigg Boss declared that the Padosis will be safe from elimination as long as they can stay in their characters and keep their real identities hidden. No one in the main Bigg Boss house must know that they do not belong to a family and are ordinary contestants just like them.

So far, the Padosis seem to have been doing a good job. Shilpa Shinde is much convinced of their story and so is Arshi Khan.

However, the secret is out in front of Vikas Gupta as he calls Mehjabi a 'Great Actress'. Shivani Durga too, was seen as pointing out flaws in the Padosis' stories and we doubt that she believes them.

Jyoti is convinced about the story as she is in utter shock when she realises that Sabyasachi is Luv's 'Boyfriend'.

Coming to the other contestants, they've dubious reactions and nothing much can be said.

Observing the way other contestants are beginning to question the Padosis, we can predict that their masks will fall off sooner than expected. Their secret might just be out in the open soon!

We wish that doesn't happen though. We love them and would want them to stay safe from eviction!