The highlight of the task was when Hiten, taking a jibe at Hina, took her name and said that Vikas had told her to do so. 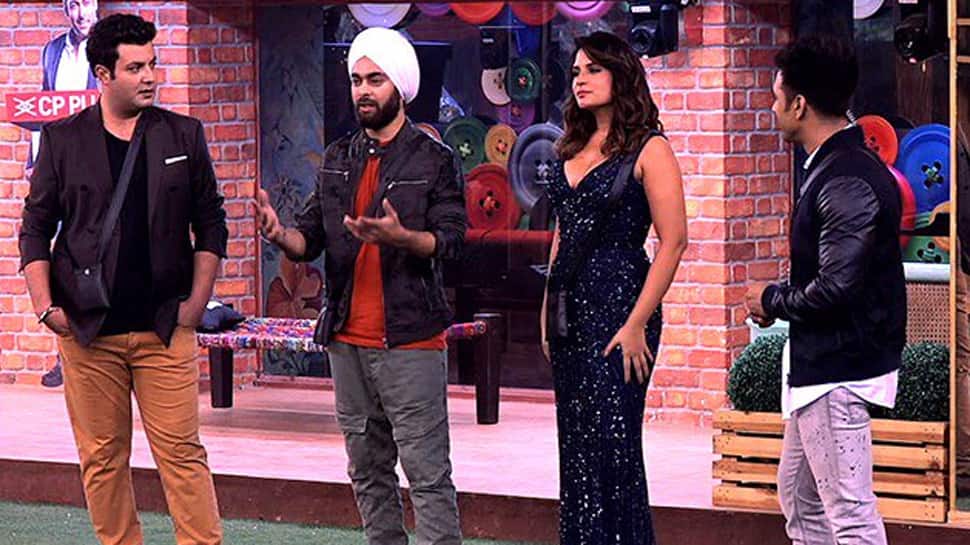 New Delhi: This week's Weekend Ka Vaar episode saw the cast of Fukrey Returns enter the Bigg Boss house. Varun Sharma and Pulkit Samrat entered first and asked various questions to the inmates. A laughter riot could be witnessed inside the house and soon Richa Chadha and Manjot Singh joined in the fun.

The Fukrey Returns team then came out of the house and shared the stage with Salman for a fun task given to them.

Arshi and Shilpa were sent to the Sultani Akaada this week in which Arshi emerged as a winner.

Caller of the week asked Hiten about a lie he had told. Hiten, had lied about saving Arshi when he actually had saved Shilpa. Hiten responded that he told the truth to whoever he wanted to. Arshi, was visibly angry.

A task was given to the inmates by Salman in which they had to choose three contestants who should leave the Bigg Boss house before them.

What came as a surprise was when Hina said that Luv should go before her which clearly hurt the latter.

Towards the end of the episode, Salman pranked Akash and said that he had been evicted. It was only after Akash was all set to go that Salman said voting lines were closed this week. Both Akash and Shilpa were safe and their was no eviction this week.

The episode ended with Hina and Vikas indulging in a war of words. Hina, was offended when Vikas called her 'Chalu' and shouted that it is a very wrong word and that's not the way one shoud talk to a girl.