Bigg Boss 11: When Vikas Gupta saved Shilpa Shinde from a having an embarrassing wardrobe malfunction – Watch

Vikas had expressed his desire to work with her again while extending an olive branch during an emotional patch up. 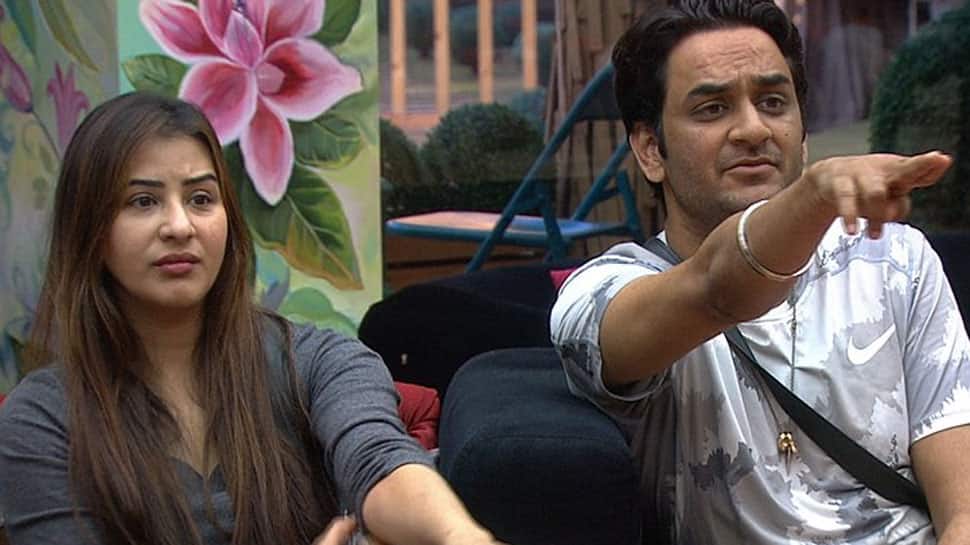 Mumbai: It was indeed a pleasant shock to see long-time foes Shilpa Shinde and Vikas Gupta becoming friends inside the house of Bigg Boss 11. The two, who always had massive altercations in the initial days of the show, have now become thick friends. And Vikas’s recent gesture for Shilpa proves that he truly cares for her.

A video posted on Twitter by @The RealityShow, originally published by Voot, shows Shilpa, Vikas and Puneesh Sharma having a conversation where the former can be heard telling that she loves herself way too to much to inflict self-harm. While Puneesh is heard saying that he doesn’t like to lose in contests. That’s when during the course of the conversation, Shilpa, who was resting on the sofa, loses her balance and glides backward on the sofa with her head towards the ground and her feet almost up in the air. She is seen wearing a blue long dress and it skids up. Vikas, who is sitting on another sofa spontaneously, holds her. Puneesh, who is lying on the floor gets up and rushes to help Shilpa. Thus the duo saves her from having an embarrassing moment on national television.

As a token of thanks Shilpa tells Vikas that she would do four episodes with him, thereby referring to the promise she had made when the two had reconciled. Vikas had expressed his desire to work with her again while extending an olive branch during an emotional patch up.

Vikas had even destroyed his favourite jacket to save Shilpa from eliminations a few day s back.