Here are the highlights from today's episode. 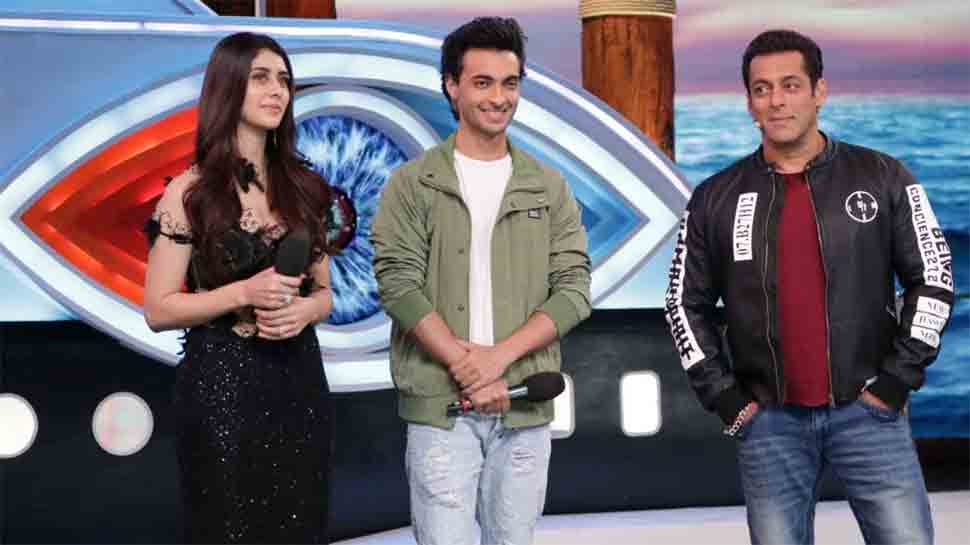 Superstar Salman Khan is back with another 'Weekend ka Vaar' episode but as he announced that there would be 'Double evictions' it was a complete shocker for all the housemates. After Roshmi Banik and Kriti Verma's eviction, the evicted contestants were relieved that they get to to spend another week in the Bigg Boss house but the news of double evictions left them stunned and upset.

On a happier note, Salman’s brother in law, Aayush Sharma along with his co actor Warina Hussain had come to promote their upcoming movie LoveYatri. While his visit, both Salman and Aayush being gym aficionados were seen working out together in his chalet. Post that, Warina Hussain and Aayush Sharma joined Salman Khan on stage, where they spoke about their movie. Aayush and Warina also played a game where they asked Salman questions and with each correct answer Salman was given a live puppy, and by the end of it he was sitting with a lap full of cute baby floofs. With the upcoming garba season, the trio also practiced the form of dance on one of the tracks from Ayush & warina’s soon to release movie.

Salman, then had another task in mind for the contestants. A bitter -sweet one indeed. The task had Salman read out statements written by the contestants for their house mates. A chosen contestant would then have to guess who must have made such statements about them and smash a cupcake with a catapult on their face. As always, the task brought to light hidden opinions to the forefront. Salman also, nominated Jasleen and Dipika to this weekend’s Sulatani Akhada, where they had a ‘Khushti’ match between them.

Having announced a double eviction for the week, Romil-Nirmal, Karanvir and Dipika remained anxious about their exit.

Who will face the wrath of another eviction and exit from the Bigg Boss house ?