Siddharth, who is also an in-demand name in Bollywood when it comes to penning scripts for reality shows and awards ceremonies, is this year a contestant on "Bigg Boss 13". 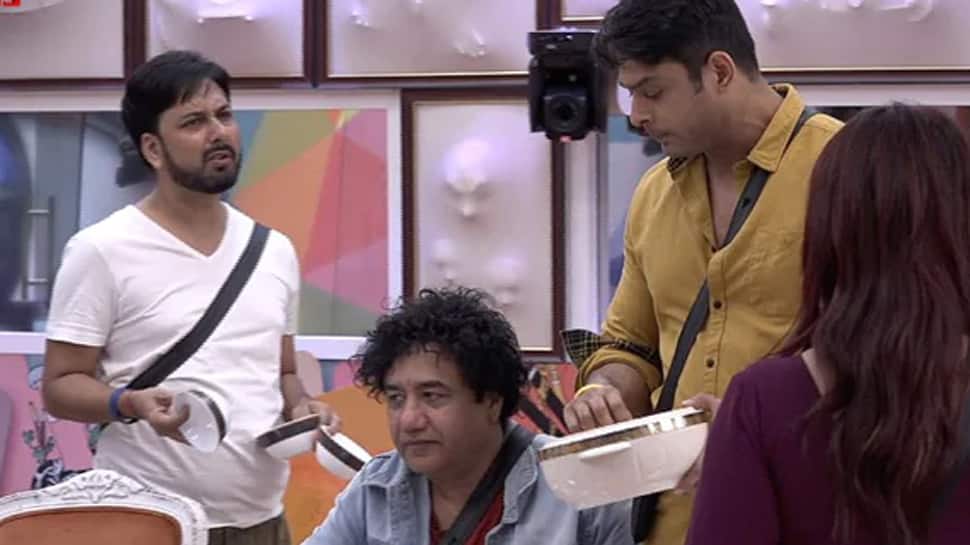 Mumbai: He creates live magic for the stars with the power of his pen, and he now aspires to have some limelight on himself. Thirty-five-year-old scriptwriter Siddharth Dey's expertise lies in scripting world tours and live gigs for the likes of Salman Khan, Shah Rukh Khan, Salman Khan and Akshay Kumar -- which often lets him accompany these superstars on such global sojourns, and in the process get to know them closely.

Siddharth, who is also an in-demand name in Bollywood when it comes to penning scripts for reality shows and awards ceremonies, is this year a contestant on "Bigg Boss 13".

"I have penned scripts for all the world tours Salman sir and Shah Rukh sir have done over the last few years, and also written multiple seasons of 'Jhalak Dikhhla Jaa', 'Indian Idol', 'Sa Re Ga Ma Pa Challenge' and 'Dance India Dance'. Actually, over the past 15 years, I have done six world tours with Salman sir and Shah Rukh sir. (I have collaborated on tours with) Akshay sir also. I have penned scripts for several award ceremonies, too," Siddharth told IANS,

Salman Khan has clearly had a profound impact on him, over the years. "Salman sir is a marvellous person, he is superhuman!" declares Siddharth, adding: "He has a great sense of humour and loves to pull my legs. When it comes to choosing someone for teasing and leg-pulling, I am his favourite (laughs). I hope I have a great experience in the 'Bigg Boss' house as well. I would love to touch his feet there. At the same time, I should keep in mind, for the sake of other contestants. that it should not look like partiality because not everybody there knows him personally as I do."

Siddharth reveals he idol-worships Salman since childhood. "Right from my childhood I have been a fan of Salman Khan. I have grown up watching his films. I think I was in class six or seven when 'Maine Pyar Kiya' released. In all my childhood photos you will find Salman Khan's poster in the background. I used to worship him as an idol and I still respect him a lot."

He doesn't hesitate to declare that Salman is a major reason he agreed to do the show. "One of the biggest reasons for me to do the show is Salman sir. I wanted to interact with him on the 'Bigg Boss' stage and finally, I am getting a chance to do that. It's a huge thing for me that I will get to interact with him. What I do in the world tours is entirely different from interacting with him 'Bigg Boss' in front of the camera."

There is another reason. Writers hardly get their due recognition in Bollywood, so Siddharth sure wants to snatch the limelight, you realise as he explains his reason for being on "Bigg Boss 13" as a contestant. "Usually people come to know about celebrities only because they are the face of things. For the first time, they will come to know about a person who works hard to turn that celebrity into a face," he said.

Recently, during an interview with IANS, Salman Khan had said: "This whole thing of commoner and celebrity, I don't think there is much of a difference between them. Commoner and celebrity are just terms. Everybody is a commoner; everybody is a celebrity. Once they enter the house and you watch them on TV, they become a celebrity." Born in a middle-class Bengali family in Nagpur and brought up in Raipur, Chhattisgarh, Siddharth sounds confident about becoming a celebrity after this season of the show. "Next year, I will be celebrating Durga Puja as a celebrity, probably!" he said.

Of course, he is sad that being inside the house means he will miss Durga Puja this year. "This is next-level sadness. We used to get new clothes almost a month before Durga Puja as kids. I still do that. I shop not only for myself but for my entire family as all Bengalis do. I love doing that. This time I have brought five new sets of clothes with me inside the house so that I am wearing something new on each day of the Puja. Durga Puja is a huge thing in a Bengali's life. I will miss the bhog and miss spending time with my family on the Puja days. Maybe I will request Mr Bigg Boss to get me bhog from somewhere. I can't afford to miss out on the bhog," he concluded.