Bigg Boss 13: Here's everything you need to know about the contestants 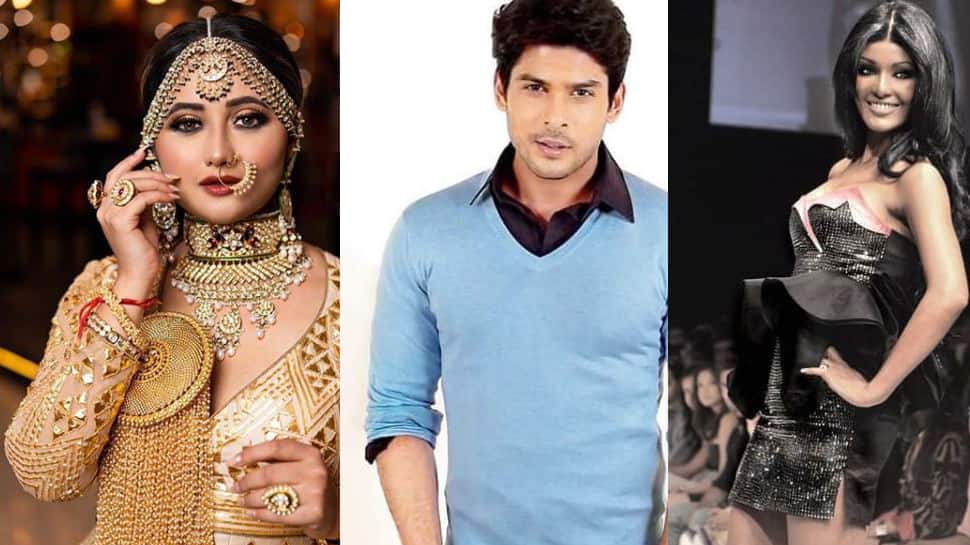 New Delhi: The 13th season of the popular reality show Bigg Boss premiered on television on Sunday night. The show host Salman Khan made a smashing appearance at the event and also introduced all the 13 contestants. Unlike the previous two seasons, this season will not house any commoner and will be an only-celeb show.

The season stars some of the popular names of the TV industry including Sidharth Shukla, Rashami Desai, Devoleena Bhattacharjee, Daljeet Kaur among others. Here's looking at the detailed profiles of all the Bigg Boss 13 contestants

Rashami shot to instant fame with her portrayal of Tapasya in popular TV show Uttaran. She also fell in love and later tied the knot with her co-star Nandish Sandhu. Her personal life came into the limelight when she announced separation from her husband Nandish. Rashami is all the highest-paid season this year.

One of the most sought after actor in the TV industry, Sidharth Shukla has featured in popular shows like Babul Ka Aangann Chootey Na, Love U Zindagi, Balika Vadhu and Dil Se Dil Tak. He also played a part in Alia Bhatt-Varun Dhawan starrer Humpty Sharma Ki Dulhania.

Devoleena became a household name after she portrayed one of television's most loved characters, Gopi Bahu in hit show Saath Nibhaana Saathiya. The actress who is quite different from her character on screen is amongst top contenders in the show.

TV actress Daljeet featured in popular shows like Kulvaddhu, Iss Pyaar Ko Kya Naam Doon, Kaala Teeka and she won the dance reality show Nach Baliye 4 with her husband. Her personal life made headlines when she accused her husband and co-star Shaleen Bhanot for domestic violence. The couple got divorced in 2015.

For the first time, the audience will see a news reporter as a contestant.  Shefali is a popular new anchor with Tez. She covers entertainment beat and it will interesting to see her deal with celebs on a daily basis.

Abu Malik is popular music composer Anu Malik's brother. Although he has been away from the limelight for years, his stint in movies like Bad Luck Govind, Kismat Bole Toh is remembered.

Punjabi actress Shehnaaz Gill, who introduced herself as 'Punjab Ki Katrina Kaif', made her debut with film Kala Sha Kala in 2019. She has featured in popular music videos such as ‘Yeah Baby’, Lakh Laahnta’

Mahira Sharma is an actress but is popular as a Tik Tok star of late. She has featured in comedy shows like ‘Taarak Mehta Ka Ooltah Chashmah’ and ‘Partners Trouble Ho Gayi Double’. She also played a pivotal role in Ekta Kapoor’s ‘Naagin 3’.

Asim Riaz is a model from Jammu and Kashmir. He hopes to gain fame through Bigg Boss

TV actress Arti Singh is more popular for Bollywood connections than her roles. She is Govinda's niece and popular comedian Krushna Abhishek's sister. She was accompanied by Krushna to the show. The actress hopes to make it big through Bigg Boss.

Bigg Boss would be Paras's second stint at a reality show. He first appeared in controversial show Spitsvilla

Although not a celebrity, Sidharth has always worked behind the curtains of some of the most popular shows and films. He is a script and lyrics writer and has been associated with many of Salman's projects in the past.

Bigg Boss 13: All that happened at the grand premiere