After having their egos put to rest and their attitude brought in check by Salman Khan, it's time for the contestants to celebrate Diwali. Letting bygones be bygones the contestants gear up for a fresh start. 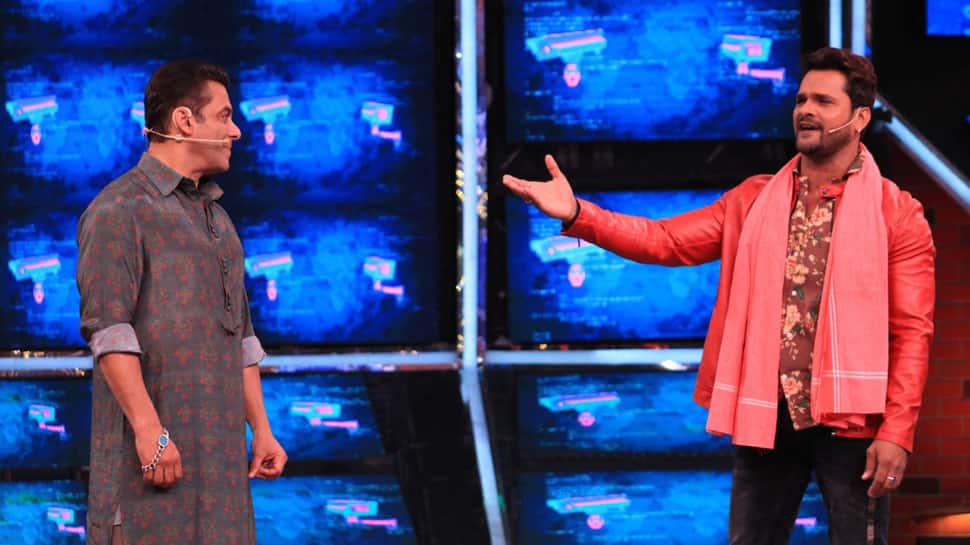 After having their egos put to rest and their attitude brought in check by Salman Khan, it's time for the contestants to celebrate Diwali. Letting bygones be bygones the contestants gear up for a fresh start.

In tonight's episode, we will see Salman entering the stage on ‘Diye Jalte Hai’ and lights the oil lamps, marking new beginnings and wishes everyone happiness this Diwali.

The repercussions of the 'moodhas' raised on Saturday will be clearly seen in the house, for example, we will see Paras and Mahira discussing Shehnaz. Mahira expresses her dislike towards Shehnaz and how she finds her very irritating. Paras, on the other hand, instigates Mahira to try and compete with Shehnaz.

Salman meets the contestants and wishes them a happy Diwali. Twisting the game further, Salman reveals that the entire house is nominated and they have one last chance to campaign for each other and attract more votes. The contestants have to tell the audience why they should vote for them and not their competitors. On one hand, we will get to see Mahira claiming to be very entertaining while Devoleena doesn't seem to be very active. We will also get to see Shefali Bagga’s new side as she performs a rap to win the vote appeal from the audience. Once the appeal is done, the team of - The Khatra Show, Aditya Narayan, Harsh Limbachiyaa and Garvit Pareek along with YouTube sensation Dhinchak Pooja take over the celebrations. Salman interacts with Pooja and asks her to sing her famous songs like Selfie Meine Le and Afreen. Our chota packet bada dhamaka, Garvit Pareek impresses Salman with filmy dialogues from his movie, Dabangg and we see them having some fun time on stage.

Further, the cast of The Khatra Show visits the house to lighten the moods through entertaining sessions and tasks. After sharing Diwali's warm greetings, Harsh and Aditya make Devoleena and Rashami perform on ‘Pinga’ song from the movie Bajirao Mastani. An Impressed Harsh asks Shenaz to take over and entertain them with her recent song. Further, we will get to see Shehnaz and Dhinchak Pooja having a face-off on their songs, one that cannot be missed. Without any doubt the contestants thoroughly enjoyed the tasks given by Harsh Limbachiyaa and Aditya Narayan.  When Salman Khan again meets them through Me-TV another fun task is played where they have to wear headgear with bulbs on it and each contestant has to tell who's ‘ Dimaag Ki Batti’ should light. Some allegations and some facts surface during the task, clearing a lot of misconceptions.

Salman also has a surprise for the viewers when he introduces the third contestant who will go inside the house in the second phase. In true Bhojpuri style, Khesari Lal Yadav enters tearing a poster and later expresses his gratitude towards Salman. He also says that he is excited to go inside the house and give a strong perspective to the contestants, one they lack currently.

What game plan will the contestant's plot for the second phase? Will the issues raised by Salman have any effect on the contestants?