As the day progresses, Bigg Boss announces the luxury budget task ‘ Bigg Boss Hospital’ wherein the housemates are divided into two teams- A and B. 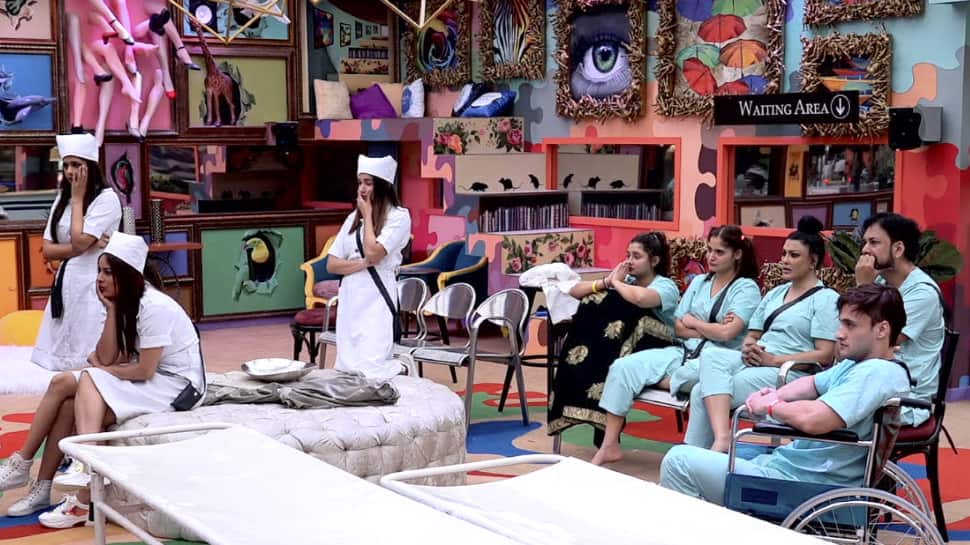 After some broken hearts and bruised egos, the atmosphere inside the Bigg Boss house seems to have become very tense. Following the nominations task, the housemates wake up to Love Rap- Maine Dekha Jab’. The fight over chai patti still continues and this time, it's Shenaz and Mahira who have come under the radar. An irritated Shehnaz loses her cool and sets a rule that the housemates should make and have tea together and not at different intervals.

As the day progresses, Bigg Boss announces the luxury budget task ‘ Bigg Boss Hospital’ wherein the housemates are divided into two teams- A and B. Team A includes Siddharth Shukla, Rashami Desai, Aarti Singh, Siddharth Dey, Asim Riaz and Koena Mitra while Team B has Shehnaaz Gill, Mahira Sharma, Devoleena Bhattacharjee, Shefali Bagga, Dallijiet Kaur and Paras Chabbra. Abu Malik is the Dean of the hospital and has to moderate the task. Team A includes the patients and Team B has to perform the responsibility of doctors.

At regular intervals, the housemates have to assemble at the sound of an ambulance siren. For every round, Bigg Boss directs two doctors to treat two patients of their choice. Doctors have to make sure that the patients give up on the treatment while the patients have to hold on to the wheelchair and sustain the task.

When the first buzzer rings, doctors Paras and Devoleena select Siddharth Shukla and Asim as their patients. As soon as the task begins, Siddharth is subjected to harsh treatment and is smeared with cow dung and mud. But he braves through it and showcases great endurance. The next up to face the task are Aarti and Rashami as patients while Shefali and Shenaz are the doctors.

They have to be treated for hearing disorder as a part of the task. What happens next takes everyone by surprise. Shehnaaz and Shefali make a personal attack on Aarti and interrogate about her relationship with Siddharth Shukla. While Aarti takes all the attacks with a great deal of courage, she eventually breaks downs and is left in tears.

The housemates watching them from the living room get visibly upset with Shefali and Shehnaaz's distasteful behaviour.