Bigg Boss 13 Day 30 written updates: Contestants get a chance to win the ticket to finale!

Bigg Boss announces the Bigg Boss Home Delivery task to the contestants, wherein all three boys are stationed in three small houses built in the garden outside. They will give their respective food orders for delivery to the girls. 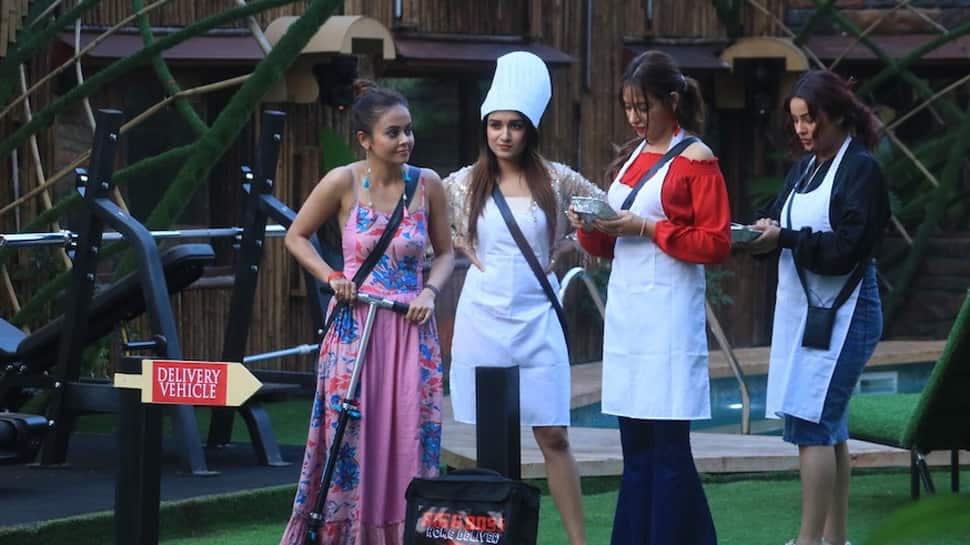 The countdown to the mid-season finale has begun and viewers and contestants are waiting for the results with bated breath. Tonight, two people, decided through majority votes spent the night in jail. Meanwhile, Rashami is surprised as Aarti calls her for a quick chat to clear the misunderstandings between them. Throwing shade at their past, Aarti accuses Rashami of leaking a rumor about Sidharth Shukla and her to tabloids. Trying hard to come to terms with Aarti’s accusation, a major fight ensues that gets the whole house down.

Next day, the contestants wake up to the tune of ‘Main Toh Raste Se Ja Raha Tha’. Later in the day, Bigg Boss announces the Bigg Boss Home Delivery task to the contestants, wherein all three boys are stationed in three small houses built in the garden outside. They will give their respective food orders for delivery to the girls. The girls together have to decide who out of them will be the chef and thus take orders and who will be in charge of the deliveries. '

The boys have to ensure that they get maximum deliveries to win this task. The delivery girl can deliver the order only to one boy and it's her choice of who she helps.
The boy who wins the task with maximum deliveries by the final buzzer will win the ticket to finale and will get an advantage of taking one girl ahead to the next level with him.

With the clock ticking and mid-season finale just around the corner, Bigg Boss opens the door and welcomes the fourth wild card entry into a secret room. The Kanta laga girl, Shefali Zariwala will be entering house post the mid season finale. Shefali Zariwala keeps an eye on the contestants from the secret room and tries to understand each one and their behavior while they perform the Bigg Boss Home Delivery task.