In the morning Vishal and Madhurima have a disagreement and Vishal seems very lost with too many questions running on his mind. 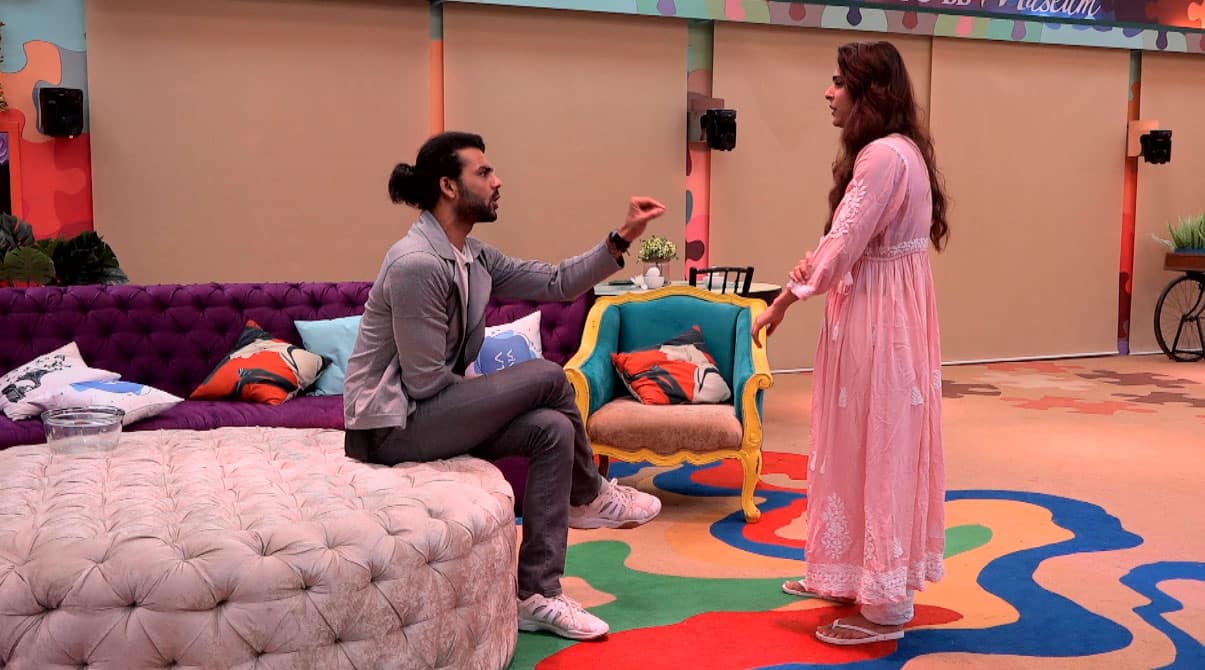 New Delhi: Post the entry of season 11’s mastermind Vikash Gupta, housemates are trying to bond to him. Vikash reveals to Sidharth and Shehnaz that their friendship is adored by viewers and the hashtag given to them is ‘Sidnaz’. On one hand where Paras is still missing from the house, Bigg Boss gives another shocker. Sidharth who is unwell for a long time now,  will have to step out of the house to take proper treatments and undergo a few tests. This announcement leaves Shehanaz and Mahira heartbroken.

Little did anyone know, Bigg Boss is known to change the game to what's unexpected. Sidharth has been shifted to a secret room, joining Sidharth will be Paras. A new week begins and the contestants face the dreaded nominations once again. One by one they go inside the confession room  to nominate two of their fellows for the week. Shocked by witnessing the unseen and unexpected sides of the housemates Paras and Sidharth give themselves a reality  check.

In the morning Vishal and Madhurima have a disagreement and Vishal seems very lost with too many questions running on his mind. Vishal asks Madhurima on her decision to enter the show after knowing he was already a part of it and the equation they share. The conversation turns into an argument and Madhurima walks out in order to calm it down. Later Bigg Boss gives an opportunity to the nominated contestants to save themselves with a task. Bigg Boss announces that the  four nominated contestants have to grab maximum footage and be the highlight of the house for the next one hour. The housemates were informed that the task will be live for the viewers but in reality Sidharth and Paras are the viewers of the task and get the power to save one through ‘Aapsi Sehmati’.

The task creates turmoil as Madhurima points fingers at Vishal on his misbehaviour with a girl. She drags the fight and gets personal and the two snap at each other and blame each other for their broken relationship. This hurts Vishal deeply and he breaks down into tears.

Meanwhile, Paras and Sidharth save Mahira from the nominations.

Madhurima realises she crossed the line and she tells Vikas she is upset about what happened. Madhurima apologises  to Vishal for going over the board and for dragging the fight on a personal level. The two of them catch a corner and talk it out, they agree to begin on a clean slate and enjoy their journey in the house without any fights.