Bigg Boss 13 Weekend Ka Vaar episode saw ex-contestant Hina Khan entering the house and asking the contestants to choose between a grocery item or a message from their loved ones. 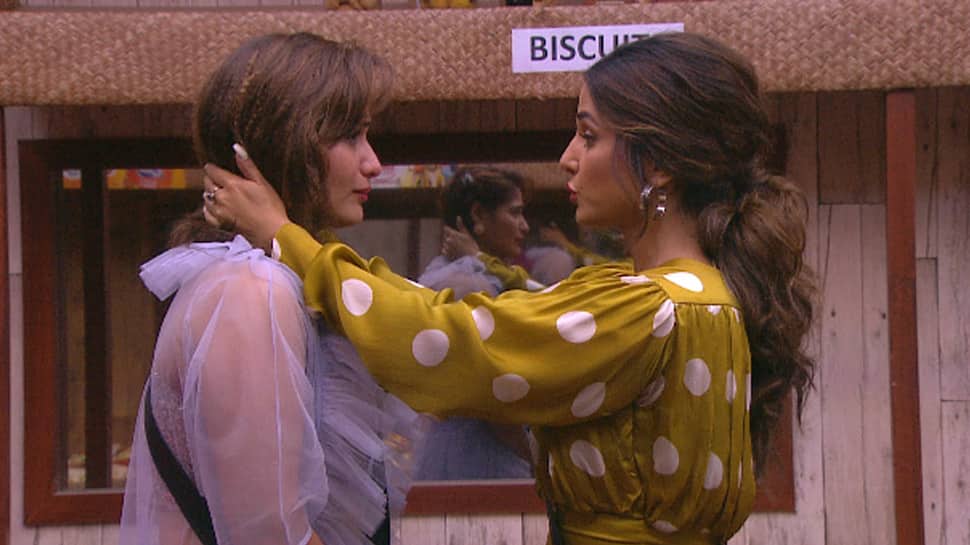 New Delhi: Popular reality show 'Bigg Boss' is airing its season 13 and people are giving positive feedback for the same. Hosted by Salman Khan, the show has been a favourite of many for years, which is why it returns each year with a bang!

In yesterday's 'Weekend Ka Vaar' episode, comedian Krushna Abhishek was seen giving some valuable advice to his sister Aarti Singh, who is inside the Bigg Boss house.

The episode also saw ex-contestant Hina Khan entering the house and asking the contestants to choose between a grocery item or a message from their loved ones.

Aarti put her family first and decided to hear a message from brother Krushna which said that she is a strong woman and yet is getting influenced by other people. Krushna also advised her to take a stand and raise her voice if need be to survive in the game. Listening to her brother’s advice, Aarti broke down in tears.

On the other hand, Dalijiet Kaur and Rashami Desai receive some words of wisdom from their best friends Sanaya Irani and Ankita Lokhande respectively. The two friends motivated them to stay in the game and made them realise that they are strong and can stand for themselves.