Gearing up for elimination, Salman is abruptly interrupted by a comedian par excellence, Sunil Grover as Vikki Chaddha and Harsh Limbachiyaa as Tikki. The two introduce their newfound band ‘The Sunny Leone Arkestra’ and also entertain everyone with their magic tricks 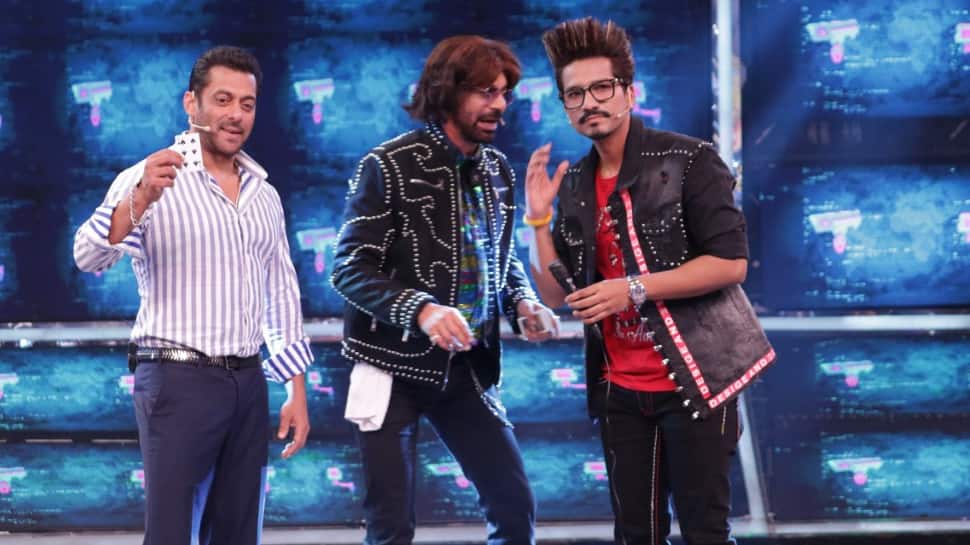 Its raining emotions in the Bigg Boss house. Viewers have been witnessing a range of temperaments in the last week, from anger to newfound friendships from love to even breakups. The house has become a place where relationships change by the minute. With one week of respite and no eliminations, the contestants gear up to face the truth tonight as one contestant will face elimination.

The weekend is here and along with it comes the super dashing host, Salman Khan who makes a dhamakedaar entry dancing to his iconic song ‘Chunari Chunari’. To lighten up the tense atmosphere of eliminations in the house, Salman sets the mood by talking in an extremely inaudible voice. The contestants fear something is wrong and tell him that they can't hear what he's saying. To their surprise, Salman does this to make them realize that their constant whispering is posing as a problem for their fans outside.

The master then begins discussing the issues of the week gone by starting with Paras, whom Salman calls core reason for creating major confusion during the Rani no 1 task. He has been trying to find loopholes in the task's instructions and even forcing his opinion on the girls. Later, Salman shifts focus to Mahira and reprimand her for accusing people of being hungry for the footage. The host makes it very clear, that the nature of the game is such and no one can point fingers as others for taking footage.

A fun segment called 'Power Weekends' is introduced wherein one contestant will get a special power upon winning the task. The grand Sultani Akhada is revealed and Mahira and Shefali are selected to fight it out this time in the ring. They use all their might to win it and Salman rates it as one of the best Sultani akhada fights happened till date. Gearing up for elimination, Salman is abruptly interrupted by a comedian par excellence, Sunil Grover as Vikki Chaddha and Harsh Limbachiyaa as Tikki. The two introduce their newfound band ‘The Sunny Leone Arkestra’ and also entertain everyone with their magic tricks as Vikki and Tikki. The entry of Gaurav Dubey as ‘Madhuri Ashikshit’ performing to Salman’s hit track ‘Didi Tera Devar Deewana’ leaves everyone in splits.

After all the fun and games, the fear of eliminations takes over the nominated contestants, Dalljiet Kaur, Rashami Desai, Koena Mitra and Shehnaz Gill. Known for giving the contestants a shocker, Salman now announces a major twist that will change the fate of not one but two contestants this week.