This weekend, the audience will be in for a shocker as one contestant will face elimination today after Devoleena Bhattacharjee exit from the Bigg Boss house last night. 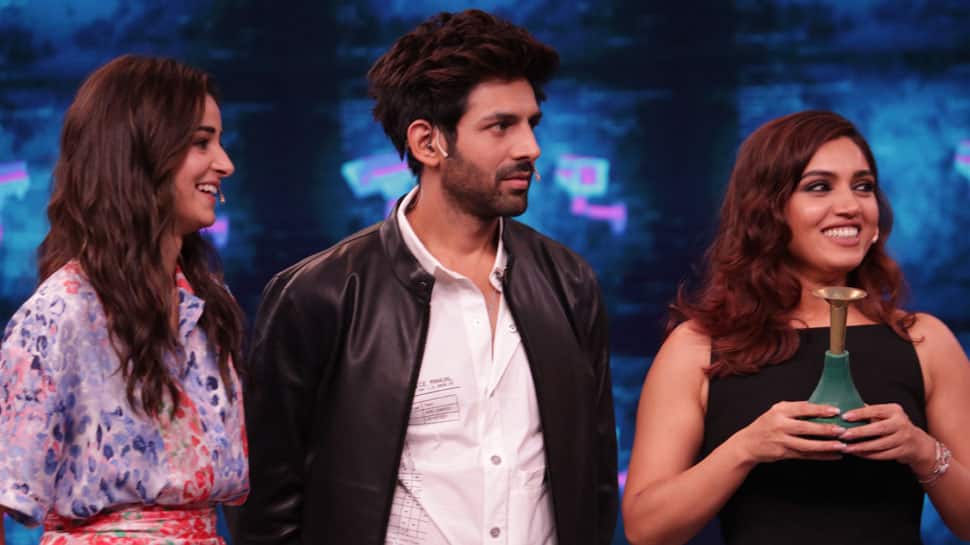 This weekend, the audience will be in for a shocker as one contestant will face elimination today after Devoleena Bhattacharjee exit from the Bigg Boss house last night. The contestants are still grappling with the truth and anticipating who the next one will be between Paras and Mahira as they are in the bottom two. But before declaring elimination, Salman appreciates the two housemates who made their debut as directors in the house for the vivo music video task. He also shows the final video to the housemates and asks them to rate both . He later tells Shehnaz’s video has gained more views and popularity and on viewers demand Shehnaz now has to create another one with Sidharth Shukla.

Every weekend busting myths and showing the contestants the real picture is a must and hence the ‘Galat Fehmi ka gubbare’ task seems to have become a tradition on Bigg Boss Weekend Ka Vaar. Shocking revelations come to the fore as most housemates discuss the issues they have with each other in this activity. Leaving the contestants to their discussions post the task, Salman Khan welcomes the dashing trio Kartik Aaryan, Ananya Panday and Bhumi Pednekar as they come to promote their upcoming film Pati, Patni aur Woh. Since Bhumi is hitting a hattrick as a guest on the show, Salman offers her to become the new host of the show.

Kartik, Ananya and Bhumi inform Salman that they entered the house earlier and how it has been a wonderful experience of conducting the task ‘Kaun hai WOH’. The housemates are divided into trios and have to unanimously announce the ‘WOH’ amongst them based on the questions the three super talented actors ask them. The biggest highlight of the evening is Shehnaz’s fangirl with Kartik. Shehnaz jumps with joy and hugs Kartik the moment he enters the house. She also goes down on her knees and gives him a rose.

Ananya is equally happy and she expresses how, for her, it's been an unbelievable experience. She reveals that she is obsessed with Bigg Boss and is a very big fan of the show.  Well, giving her an opportunity to perform a task Salman gets the trio to play ‘Dumb Cherades with Headphones’. The four of them laugh their hearts out as the game turns out to be a laughter riot. Salman also plays a small quiz with the bubbly actress one that will have viewers in splits.

Later to give the contestants a reality check, Salman announces ‘Kaun Kitne Pani mai hai’ task. The contestants are asked to take a step down in the swimming pool on every answer given as ‘Yes’ by other housemates. Shehnaz, Himanshi, Asim, Vishal and Bhau perform this task. Salman gives another responsibility to the housemates and asks them unanimously vote and give
one contestant's name who can be given the credit of this season's success. The said contestant will be safe from the next nominations.

Who will housemates safe? And who will take an exit from the Bigg Boss house?