Over the weekend, Mahira Sharma attended the Dadasaheb Phalke International Film Festival Awards 2020 and a few hours after the event, on her Instagram stories, she posted a picture of a certificate, which revealed that she was named 'The Most Fashionable Contestant Of Bigg Boss 13' by DPIFF. However, DPIFF claimed that Mahira has 'forged' the certificate and she should apologise for it. 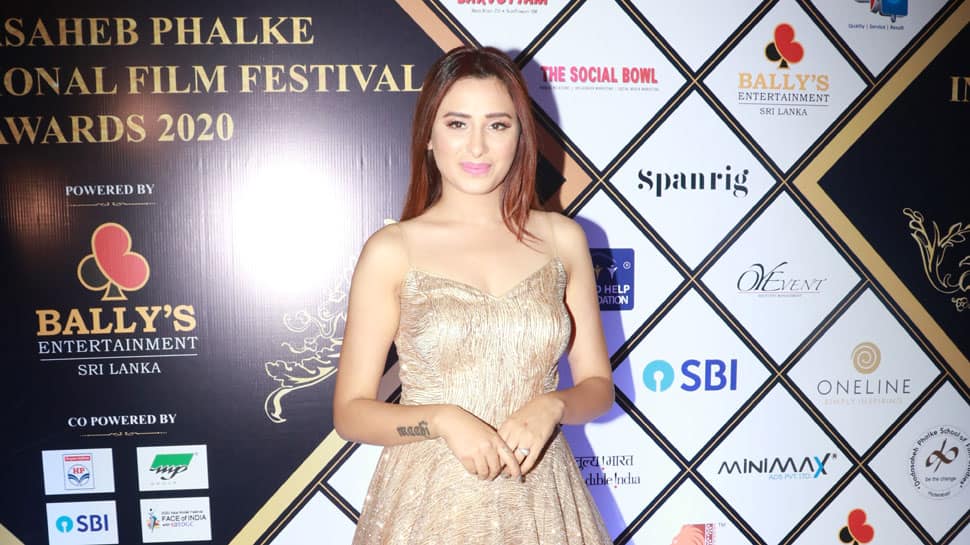 New Delhi: 'Bigg Boss 13' fame Mahira Sharma, who earlier this week found herself in the middle of a controversy over forging the prestigious Dadasaheb Phalke Award, has clarified that she will not apologise to the body on the matter when it's a third party's fault and not hers.

Taking to Instagram, Mahira said in a statement, "No doubt, the certificate given to me was a forged one as mentioned and informed by the official team of DPIFF. I was unaware of this fact while receiving the certificate on the night of 20th February 2020."

On charges put against her for posting the forged certificate online and deleting it later, she said that she had shared it on her Instagram stories which lasts for only 24 hours and if she knew it was a forged one, she wouldn't have posted it.

She further added, "On the point that I have conveniently put the blame on a 3rd party, whereas the so-called 3rd party, Mr Premal Mehta in this case, has himself in person been accepting the fault since the inception. There was a glitch and the situation is to be blamed here and not me. The concerned people have apologized and owned their mistakes, so I don’t know why I am being pushed to apologise for no fault of mine?"

And concluded by saying, "Yes, I definitely faultered in one place where I accepted the certificate off stage, but had I known that the person who invited me and held a AAA All Access badge was not official of DPIFF, I would not have accepted it at the first place. Now that the matter is clear, I would like to return the forged certificate and will take this incident as a learning experience. With all due respect to the prestigious Dadasaheb Phalke International Film Festival, as a performer and an artist, I would love to earn this award in future, only and only by the officials of DPIFF."

Respected DPIFF, Here is my response to your statements. As mentioned by you, we too wish to end it on a good note and I hope this statement of mine will clear the final air @dpiff_official

Over the weekend, Mahira attended the Dadasaheb Phalke International Film Festival (DPIFF) Awards 2020 in Mumbai and a few hours after the event, on her Instagram stories, she posted a picture of a certificate, which revealed that she was named 'The Most Fashionable Contestant Of Bigg Boss 13' by DPIFF. Soon, she was bombarded with congratulatory messages and in the meantime, DPIFF claimed that Mahira has 'forged' the certificate and she should apologise for it.

Later, in a lengthy Instagram post, she said that the "charges made against her were untrue and totally uncalled for". Explaining her side to the story, Mahira wrote:

Okay so the world has been talking about it since last night, here is my reply which is 100 percent true and honest..@premalmehtaofficial

After Mahira's clarification, Premal Mehta, who claims to be closely working with DPIFF, also issued a statement and said that Mahira didn't know anything about the forged certificate and it is "unfair" to drag her in the controversy.

The whole world is speaking about @officialmahirasharma and @abhinavtanwarofficial this is the statement from my end and which is honest.

However, DPIFF further issued a statement on her reply to the body and said the actress should apologise for the entire fiasco.

Ms. Mahira, We hereby present the required facts on the matter. We further await for your apology as we dont want to drag this further and close it on a good note! @officialmahirasharma

After Mahira's statement on Wednesday, DPIFF is yet to respond.