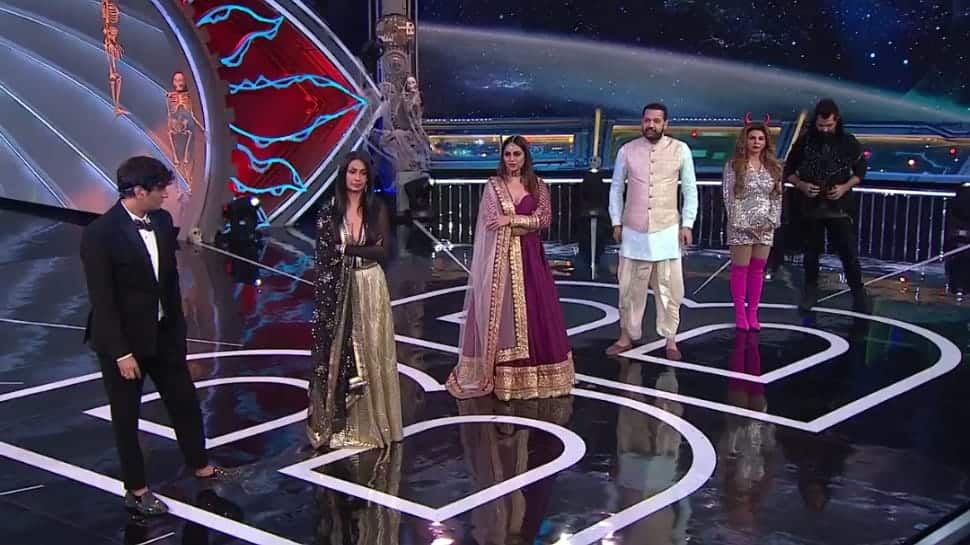 New Delhi: The latest Weekend Ka Vaar episode of Bigg Boss 14 was high on drama and emotions. Singer Rahul Vaidya voluntarily left the show before the finale as he was feeling “homesick”.

Rahul told Salman he was feeling lonely in the show and should not be judged by his lack of performance in the last task. However, he did not want to continue either.

As Rahul exited the show, Salman brought in six ex-Bigg Boss contestants as the Challengers- Rakhi Sawant, Kashmera Shah, Rahul Mahajan, Manu Punjabi, Vikas Gupta and Arshi Khan - who will not only pose tough competition to the finalists but also ignite feud in the house.

Vikas Gupta is hailed as the Mastermind across all seasons. The finalists will fight among themselves.

Kashmera’s husband Krushna Abhishek also made an appearance and took jibes at the challengers.

Rahul, Arshi choose Rubina as their target and dump a bucket full of flour on her. Arshi said she wanted to find out Rubina’s “aukaat”, while Rahul criticised Rubina for revealing her marriage problems in front of national television. Rubina had earlier confessed that her marriage to actor and co-contestant Abhinav would have ended had they not come to the Bigg Boss house. Kashmera’s target is Jasmin who tells her that she is considered fake by many outside the house.