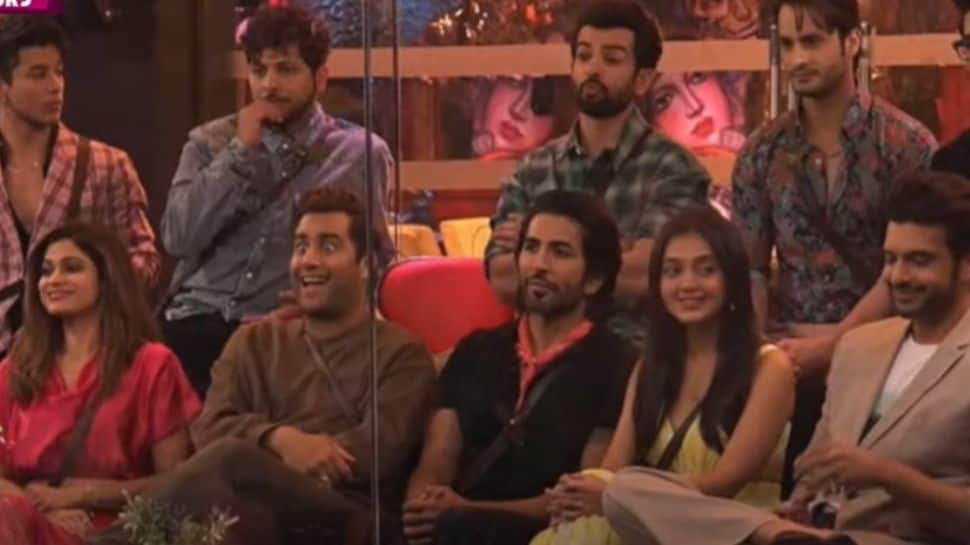 New Delhi: Bigg Boss 15 is full of many ups and downs. Shamita Shetty has finally made her way back to the show. She was sick from quite sometime now and so finally she is back in the game after getting recovered.

Shamita calls Nishant Bhat to the witness box and grills him over relationships and walking ahead in the game by stabbing his friends.

She also asked Nishant reasons for choosing Simba over Jay for the VIP zone. She also asked him if relations are more important to him or his game.

Later, in the episode, Mahesh Manjrekar was seen as the special guest on the show. He even gave reality checks to all the contestants. Also, Mahima Makwana and Aayush Sharma were also seen on the sets promoting their upcoming film Antim: The Final Truth.

Later in the episode, Bigg Boss arranges press conference for all the housemates. During the media interaction, the housemates get to know that the VIP zone will no more be a part of the show as it get dissolved by the media persons. Also, media will get a chance to decide Bottom 6 contestants of the house.

Shamita also slams Tejasswi Prakash for her behaviour and also asks her not to laugh when others are crying.