Shamita Shetty and Nishant Bhat feel that Pratik Sehajpal has been buttering the VIPs too much. During a prize money task, Shamita and Devoleena almost come face-to-face over the disqualification of Umar Riaz. 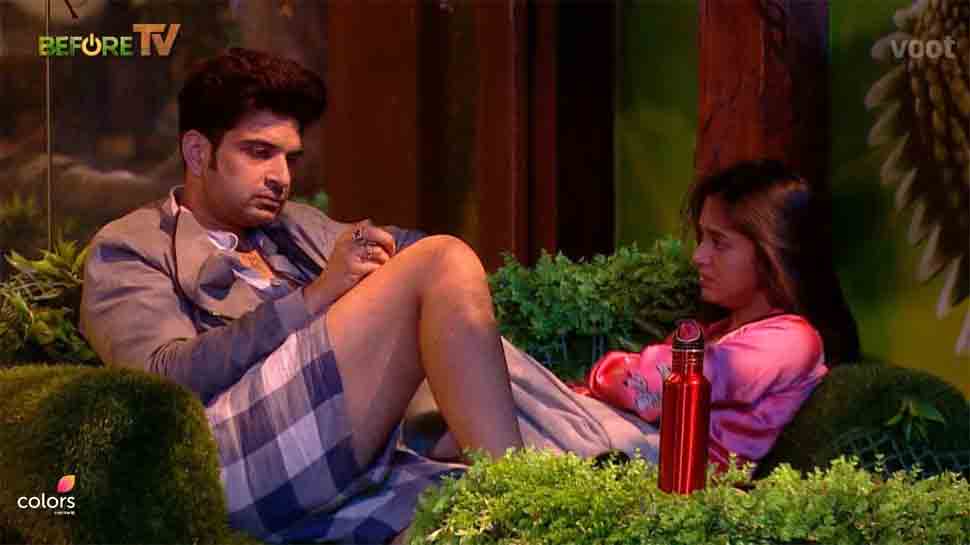 NEW DELHI: The episode begins with Rakhi Sawant showing the bathroom area to the latest wild card entry Abhijeet Bichukale. He tells Rakhi that he uses the bathroom only once in every 24 hours.

Tejasswi and Nishant decide to irritate the VIPs by stealing their belongings from the VIP room. Bichukale entertains housemates by singing Balasubramaniam's songs. Tejasswi gets a chance as she enters the VIP room and steals a few items from the fridge.

Nishant and Pratik argue with each other over cooking specific food. Pratik is in favour of cooking 'saabudana khichdi' for Abhijeet Bichukale, who is observing a fast the next day. Nishant tells Pratik that not everything is meant for argument. However, Pratik is adamant that Nishant should cook 'saabudana' for Abhijeet and keeps on arguing. Nishant tells Pratik to go ahead and cook the food himself for Bichukale and not advise him instead. Tejasswi supports Nishant and tells Pratik not to act as 'mahaan' (generous).

Shamita Shetty tells Nishant and Rajiv Adatia that Pratik is being 'senseless' as he has been buttering the VIPs too much. Pratik went on to make separate food for Bichukale which didn't go down with many housemates. Tejasswi tells Shamita that Pratik was just emotional that it was Abhijit's birthday and they didn't make him anything special for him.

Rakhi insists that she wants to eat both 'Saabudana khichdi' and eggs. Nishant tells Rakhi to not make special demands as she has not been staying in a hotel. Nishant and Pratik argue again over making special food for VIPs. Nishant tells housemates that he wants to leave the kitchen duty as he can't entertain everyone and cook whatever they ask for. Rashami tells Nishant that he can't run away from his responsibilities and soon a heated argument takes place.

Pratik gets into a heated word of war with Shamita and Nishant, who feel that he has been going overboard with buttering VIPs.

VIPs feel that housemates have been targetting Pratik as they supported him when they entered the house.

Non-VIPs have a chance to win the Rs 50 lakh by winning the BB Games. This tournament has a series of tasks between VIPs and non-VIPs. Non-VIPs will go after their prize money, and the VIPs have to do everything to stop them. Devoleena is the 'sanchalak' of the game for VIPs while Shamita is the 'sanchalak' for non-VIPs.

During the task, Umar almost pounces on Ritesh and tries to stop him from stealing non-VIPs' team coins. Devoleena calls for Umar's disqualification, whereas Shamita objects to it. Both Devoleena and Shamita shout at each other and lock hoen with each other.