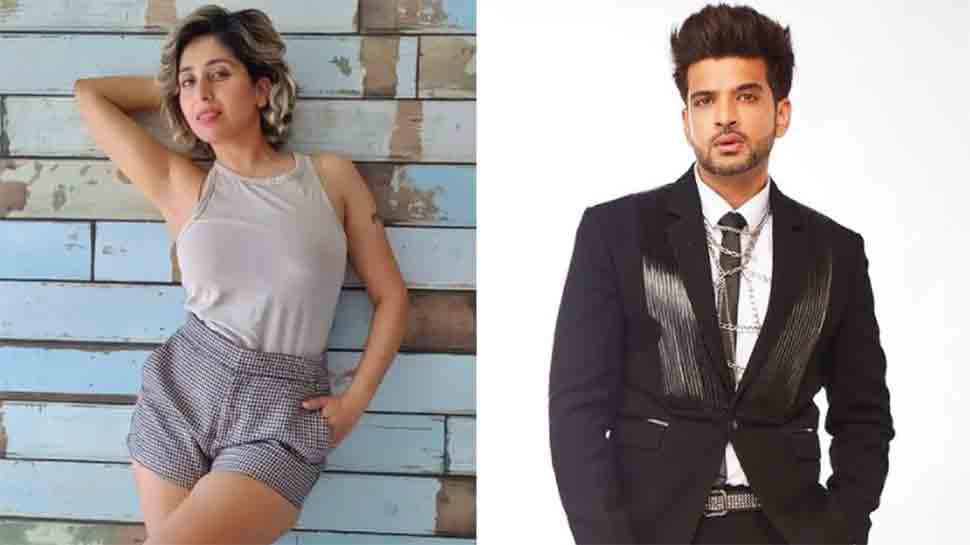 New Delhi: It less than a week that Bigg Boss 15 aired up and the house has been getting heated up because of the fights among the contestants. Last night, we saw Pratik Sehajpal getting into a massive fight with 'junglewasis' including Jay Bhanushali and breaking up house properties during a rage. Later, as a punishment, Bigg Boss announces that all the junglewassis are nominated for the coming week because of the damage caused to the house by Pratik.

Yesterday, after the argument got over, Karan Kundrra was seen discussing the incident with Nishant Bhatt when he said he would not tolerate anyone calling them classless. While interacting, he used the word 'Aunty' to describe Shamita Shetty, as according to him she had used the word 'classless'. However, as per viewers, it was not Shamita but Nishant himself who had used the class word during the fight.

Now, Shamita's close friend and former Bigg Boss OTT contestant Neha Bhasin has slammed Karan for age-shaming a woman on the show. She shared a long note on Instagram, writing, "Karan kundra kindly grow up and stop targeting @shamitashetty_official on Bigg Boss. Calling grown up women Aunty is become a, lame way of shaming them when you are 37 yourself."

She also hit out at Jay Bhanushali for body-shaming Pratik Sehajpal, writing, "Calling @pratiksehajpal chotey and abusing his mother are cheap tactics to hit below the belt @ijaybhanushali I really liked you in the opening and I hope you come through cleaner on the show. I hope fans don't engage in fan wars and for once stand by what's right."

Kashmera Shah, who has been a following Bigg Boss, also was quick to slam Karan Kundrra for his distasteful remark on Shamita and said it was very uncool on part of people to indulge in this.  She wrote, "Though I like his advice #karankundra I wish he had not called @ShamitaShetty aunty. What”s this age bashing happening all over again. “Aunty” is much younger than many in spirit and fire and rationality and may actually lift the #bb15 trophy this year. @ColorsTV @ShamitaShetty."