Bring out your whisk, spatula, baking trays and set the oven as LF is back with its 2nd edition of 'your recipe competition'!

LF is all set for the second edition after the huge response for the first – Best Summer Recipes on their digital platform livingfoodz.com. 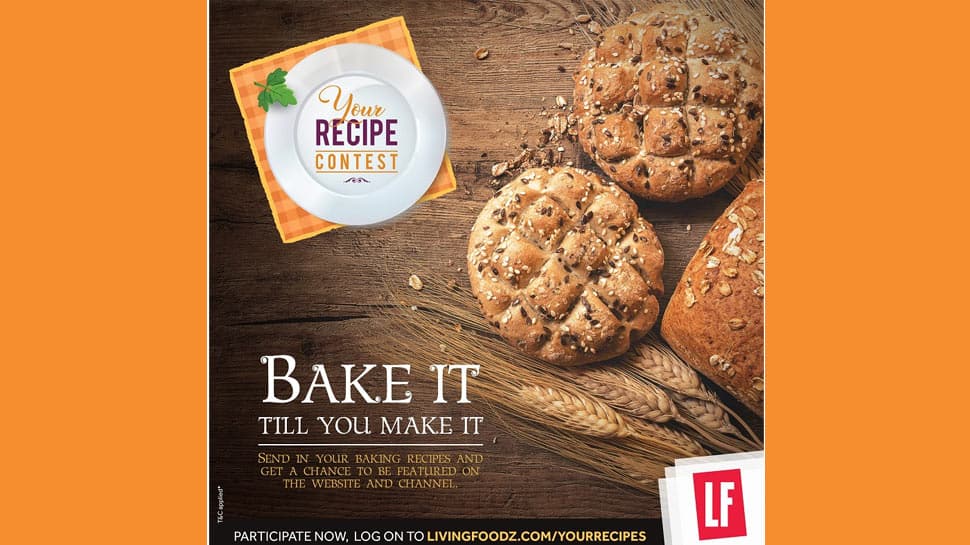 LF, the premium multi-platform food and lifestyle brand from the Essel Group with presence in TV, Digital and Events is back with the second edition of Your Recipe – a contest for the nationwide hunt for best bakers. The theme of the second edition is 'Best Bakers' and it kick-starts from 8th June 2020.

Some say baking is an art and is also believed to be a fundamental skill in the kitchen. This is the best time to hone your baking skills as we all have time to invest, invent, and create something delicious out of the oven. Unwind in your kitchen as you bake in your oven or master the skill of baking in pans and cookers. Learn a trick or two with the help of fellow users and share yours with the world as we all merrily bake a cake or two.

The second edition will have 5 winners and the same will be announced every 15 days. Hence, hurry up and submit your recipes as the first round of results will be declared on 23rd June and the second on 8th July. This contest is once in a lifetime chance for the audience to directly be a part of their favourite food platform and show off their culinary skills. Users can share their favourite baking recipe or the one which they have been following traditionally in the family. From cakes to pies to delicious bread, LF gives an opportunity to let open the door of creativity and share the best recipes as users can submit more than one entry.

The winners of the contest will be announced and their recipes will be showcased with their names on LF channel, website and social media handle, making this a contest to definitely look forward to, for all the foodies out there.

The brand promises to offer a platform to our engaged audience to display their individual culinary skills, creative talent, and be a part of one of India's largest community of food enthusiasts. The contest urges its participants to explore their hidden talents and discover new dishes that are inspiring as the winning recipes will be featured on a nationwide platform.

Upload a photo of your dish and fill in the details of the recipe with ingredients and a step-by-step cooking process.

Once your recipe is uploaded, share with your friends and family as well as your followers on social media to get your recipe voted as the winner. Recipes with maximum votes will be the winner.

Every 15 days, 5 user recipes will be announced as winners. There will be 10 winners in a month and their recipes will be showcased with their names on the channel, website and social media handles.