Catch the premiere of Wildlife only on &PrivéHD

Directed and written by Golden Globe Award Nominee Paul Dano, the movie is his directorial debut. 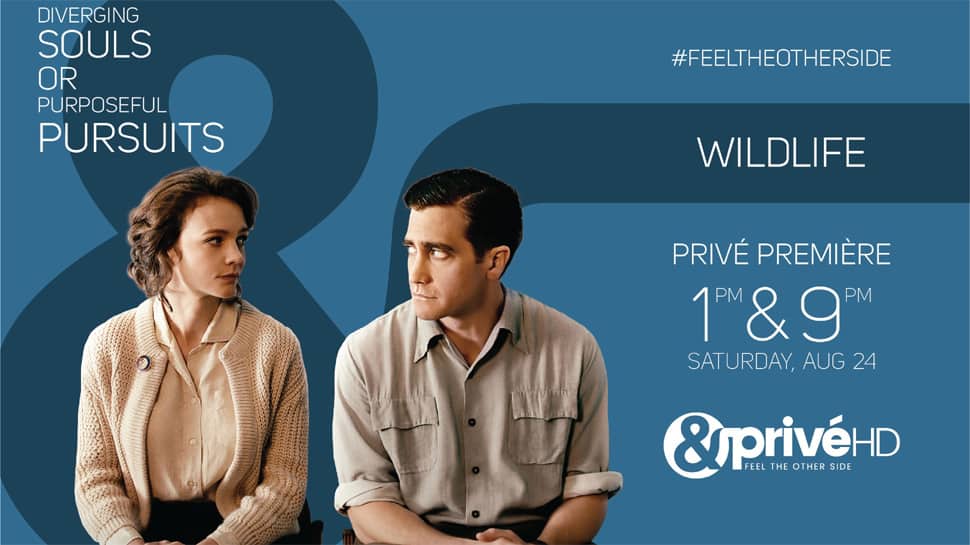 The trees in a forest fire are known as Fuel, but you know what the trees are called when the fire goes by? They call them, STANDING DEAD! &PrivéHD is all set to premiere one such story of a boy watching his family dismantle in front of him. This August, the premium destination of nuanced cinema brings you an interesting family drama “Wildlife” premiering on Saturday, August 24, 2019, at 1 PM and 9 PM.

Directed and written by Golden Globe Award Nominee Paul Dano, the movie is his directorial debut. It stars Oscar Award Nominee Jake Gyllenhaal along-side Oscar Award Nominee Carey Mulligan who essay the role of Jerry Brinson and Jeanette Brinson respectively. Joe Brinson's role, son of Jerry and Jeanette, is played by Ed Oxenbould. The story revolves around Joe Brinson's perspective on life. The movie is an adaptation of a novel “Wildlife” written by Richard Ford which was first published in 1990.

The movie takes place in the 1960s in a small town in Montana is the story of Jeannette, a housewife and Jerry, a golf pro at a local club. While Jeanette is the oppressed realist, Jerry starts to show symptoms of Angry Dad Disease as he gets snappy after losing his job. He spikes at the notion of his wife going to work to put bread on the table. He decides to join the cause of fighting the fire, leaving his family. Amidst all the chaos, Joe witnesses his mother struggle and his family's separation as she tries to make ends meet through unconventional means.

For those who appreciate nuanced cinema, &PrivéHD brings riveting and award-winning films that stimulate the minds and bring alive the other side of cinema with Zee Prime English HD Pack comprising - &PrivéHD, Zee Café HD, &flix HD, LF HD is priced at Rs 25/-

Watch Joe's life unravel in mysterious ways as his parents start drifting apart in Wildlife that premieres on Saturday, August 24, 2019, at 1 PM, and 9 PM, only on &PrivéHD.