The show will revolve around the animated avatars of the popular Hunny, Choocha, Laali and Bholi Punjaban along with all the other characters in the movie. 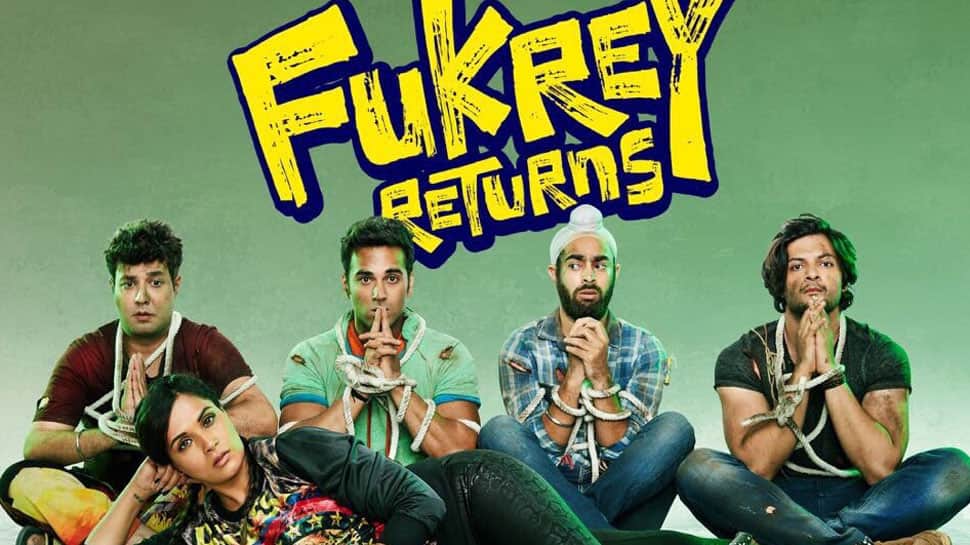 Mumbai: Producer Ritesh Sidhwani, whose production company Excel Entertainment makes an entry into television space with the upcoming animation show, "Fukrey Boyzzz", has said that the show will add value and strength to the "Fukrey" franchise.

Sidhwani was interacting with the media at the launch of "Fukrey Boyzzz" on Wednesday in Mumbai, along with the "Fukrey" cast comprising Pulkit Samrat, Varun Sharma, Manjot Singh and Richa Chadha. Accompanying them was Uttam Pal Singh, business head, Discovery Kids, which has tied up with Excel to bring back the popular "Fukrey" characters in animated form in the show "Fukrey Boyzzz".

The show will revolve around the animated avatars of the popular Hunny, Choocha, Laali and Bholi Punjaban along with all the other characters in the movie.

"People used to ask me when we are going to venture into television, but we weren't being able to find the right story for the television platform. There are shows we have produced for the digital platform but they are more like features. This, I think, lent itself and these are the characters that people have loved," said Ritesh Sidhwani, who is the co-founder of Excel Entertainment.

Sidhwani added that Discovery Kids as a channel was "the right fit" for such a show, because it specifically caters to aged eight to 13 years.

He added they will be ready with "Fukrey 3" by next year. "We are in the middle of scripting the third part of ‘Fukrey', which should be ready by next year at some point. So, I think it will only add-on. I think this was the perfect fit to pick one of our films which have made its mark and bring it on to this platform."

Sharing her thoughts on "Fukrey Boyzz", Richa Chadha, or Bholi Punjabin in the series, said: "I loved it. I always felt that our film should be made in animated version. It's like ‘Harry Porter'. Everyone loves it and everyone enjoys it."

Varun Sharma has got a lot of appreciation for playing Choocha' in the "Fukrey" franchise. "We have all watched animation shows in our growing-up years. It's a blessing for any actor when you see an animated version of your character, it feels beautiful. My niece and nephews are excited about this show. I showed them the trailer and some stills and they can't wait to watch ‘Fukrey Boyzzz' on Discovery," said Varun.

"Fukrey Boyzzz" will be launched in six languages -- English, Hindi, Tamil, Telugu, Malayalam, and Kannada only. The show goes on air from October 12.