Game of Thrones final season to premiere on April 14: It's the Starks all over in this new teaser!

Get ready to say wow as you watch this teaser of the final season of the Game of Thrones! 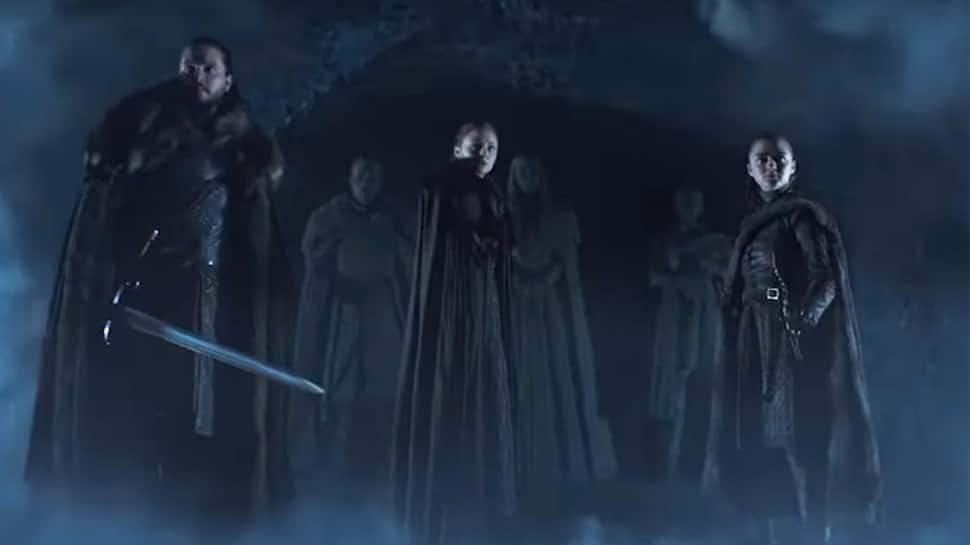 The wait is finally over! The eighth and final season of the Game of Thrones will premiere on April 14, HBO revealed on Monday. The announcement was made with a breathtaking teaser where the Stark children have come back home to the North. Reigniting the memories of the past seasons, mother Catelyn Stark and father Eddard Stark can be heard as their children Sansa, Arya and Jon Snow stand at the family crypt at Winterfell.

Get ready to say wow as you watch this teaser of the final season of the Game of Thrones!

HBO had already announced that it debut the final season of its international epic series in the first half of next year but the release date was being awaited with bated breath.

While the Starks take to the centre in this new teaser, the first teaser that the makers had released in December 2018 showed a war between the 'Fire and Ice' - the Fire that stands for Daenerys Targaryen and her dragons and Ice that denotes the might of the Night King.

This season will, however, not bring the end to the Emmy-winning medieval fantasy series. The makers have already announced that they aim to start the production of its prequel in 2019.

The as yet untitled prequel will take place thousands of years before the events of Game of Thrones. It has been created by British screenwriter Jane Goldman with author George RR Martin whose novel 'A Song of Ice and Fire' is the basis of the Game of Thrones series.